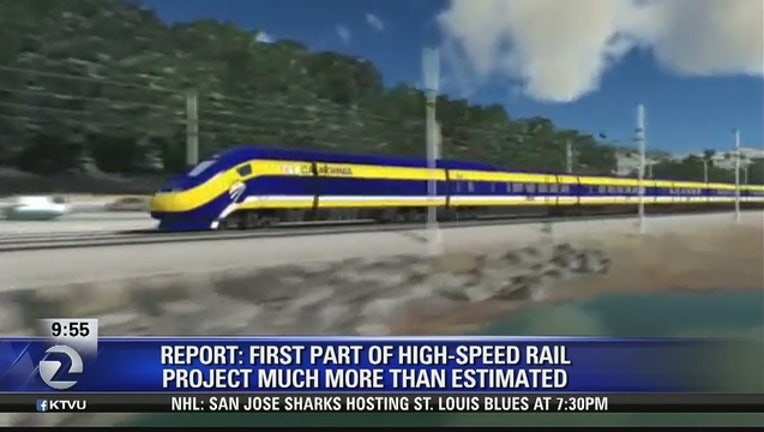 SACRAMENTO, Calif. (AP) - Gov. Jerry Brown is seeking an unlikely ally in his bid to create a high-speed train line between Los Angeles and San Francisco.

Brown sent a letter Friday to President Donald Trump, asking him to transfer oversight of environmental reviews of the $64 billion project to the state rail authority, the Los Angeles Times reported (http://lat.ms/2qeeRLK).

Currently, the Federal Railroad Administration must approve reams of documents concerning rail routes, station locations and other matters, along with any changes.

The "delegation of federal authority" request would give the state final approval, potentially shortening a process that already is behind schedule.

In his letter to Trump, Brown says that California has "cut the regulatory burden on thousands of road projects" thanks to waivers of federal environmental oversight.

In the past, environmental groups have opposed Brown's suggestions to put the train on a faster-paced approval process used for certain large-scale building projects.

Brown and the Trump administration haven't seen eye-to-eye on environmental matters. Combatting climate change is one of the governor's signature issues while Trump's administration wants to boost the U.S. coal industry and has threatened to pull out of the Paris climate accord.

But Brown did mention common ground in his state of the state speech.

"Gov. Brown specifically noted infrastructure, including construction of the High Speed Rail, as an area 'where we can all work together,'" said his press secretary, Evan Westrup.

"The authority has had ongoing discussions with the administration about streamlining the environmental process," rail authority spokeswoman Lisa Marie Alley said in an email to the Times.

U.S. Secretary of Transportation Elaine Chao will decide whether to delegate authority on environmental decisions to the state, Alley said. Brown and Chao met earlier this year.

Even if approval is granted, though, its impact on the high-speed train is unclear.

The project's future remains uncertain because it relies on significant federal funding, and the Republican-controlled Congress does not support the project. Private money also is needed but none has been secured yet.