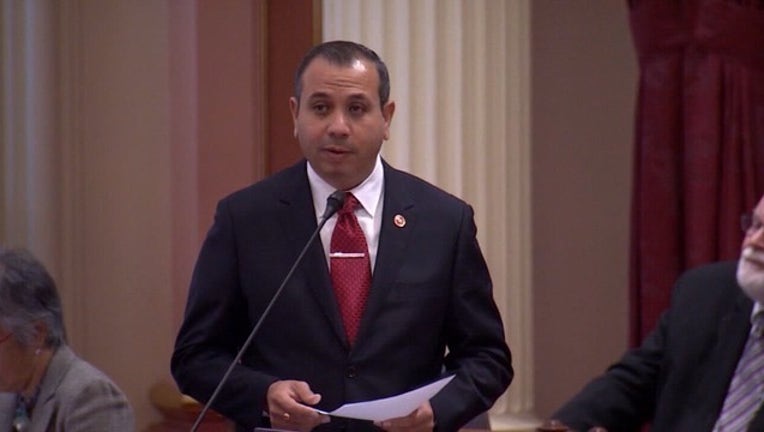 A file photo shows state Sen. Tony Mendoza, who resigned in February 2018 when facing expulsion following a sexual harassment investigation which accused him of engaging in unwanted behavior with six women.

SACRAMENTO, Calif. (AP) - The California Legislature racked up more than $1.8 million in legal costs from sexual harassment investigations during 2018 and the first month of this year when at least nine current or former lawmakers faced allegations of misconduct, according to records obtained by The Associated Press.

The Senate spent $1.26 million and the Assembly $571,000, according to the documents provided under the Legislative Open Records Act.

Neither chamber provided specifics on how many investigations the money paid for nor how exactly it was spent, citing attorney-client privilege and other exemptions in the public records act.

The spending occurred after accusations of widespread harassment at the Capitol surfaced in October 2017 as the #MeToo movement was roiling Hollywood and major corporations.

Four California lawmakers and multiple staffers eventually resigned, and the Legislature has since revamped its policies for reporting and investigating claims of misbehavior.

"It's not the kind of place you want your taxpayer dollars being used," said Assemblywoman Laura Friedman, a Democrat representing part of Los Angeles and surrounding communities who led the committee to change harassment policies. "The goal of our new policies is to try to intervene much earlier before we get to a point where you need to have a very large investigation."

A new "Workplace Conduct Unit" debuted in February to look into all allegations of harassment and discrimination, sexual or otherwise, based on someone's race, gender or other protected classes. The findings of major investigations will then go to a panel of outside experts who will evaluate them and recommend action to the Legislature.

Lawmakers approved $1.5 million to get the four-person office up and running last year, and its proposed annual budget is $1.7 million. Some investigations could still be sent to outside lawyers, but most complaints will be handled internally, said Julia Johnson, the head of the unit.

"We expect that as this new process moves forward, it will be both effective for employees in stopping harassment and efficient for taxpayers in how it achieves that critical goal," Senate President Pro Tem Toni Atkins said in an emailed statement.

Assembly Speaker Anthony Rendon said his priority is for staff to feel safe and to create a more respectful, diverse and civil culture.

"For that to happen, we have to investigate workplace misconduct thoroughly and consistently. I will not put a price on the safety of our employees," he said in an emailed statement.

In 2018, the Legislature went regularly to outside lawyers to look into complaints. Firms hired by the Assembly in 2018 were: Littler Mendelson P.C., Stoel Rives LLP, and Van Dermyden Maddux Investigations. The Senate, meanwhile, hired the Law Offices of Amy Oppenheimer initially and later retained Van Dermyden Maddux and Gibson, Dunn & Crutcher LLP to handle all investigations.

The decision to put two firms on retainer came as the Senate was taking heat over allegations former Sen. Tony Mendoza harassed multiple young women, including offering an underage employee alcohol and inviting another to his home. The firms are no longer handling sexual harassment investigations for the Senate, said Lizelda Lopez, Atkins' spokeswoman.

Former Senate president Kevin de Leon, who was in charge when the firms were put on retainer, said in a text message that employees' safety was the top priority and that the outside firms were brought in to ensure complaints were "aggressively investigated, free of any political influence."

Neither chamber discloses information about allegations that are not substantiated, making it impossible to know the number of investigations actually completed.

The Senate also paid out a $350,000 settlement to an employee who said the chamber failed to accommodate her needs after she alleged an Assembly employee raped her; the Assembly said it paid out no settlements during that time.

The Senate did not respond to questions about whether that $350,000 was part of its legal costs. Republican Assemblyman Steven Choi has introduced a bill that would ban the use of taxpayer money on settlements.

A bill by Assemblywoman Melissa Melendez, a Republican, would require the Legislature to publicly release findings of substantiated investigations into lawmakers and high-level staffers. The Legislature already provides that information to reporters, but it is not required to by law.

Beyond legal costs, the Assembly and Senate together spent $16,800 hiring an outside consulting firm to conduct a "culture survey" in 2018 to assess whether staff members felt respected and comfortable reporting incidents of harassment to their superiors, among other things.

The money went to a Florida-based firm called TalentKeepers. The company charged $5 for each employee taking the survey, a total of 2,661 people, according to an invoice.

Kim Nalder, a professor of political science at California State University, Sacramento, surmised the public's reaction to all the spending will vary depending on their feelings about the issues raised by #MeToo. Nearly a year-and-a-half after the movement seized the national spotlight, America still is experiencing a cultural awakening about what behavior now is considered unacceptable, she said.

"Californians who are in the 'zero tolerance' camp are going to be horrified that we're paying to investigate this many examples of gross misbehavior," Nalder said. "And I suspect some older people will feel like it's a reflection of a sensitivity that they may find overblown."