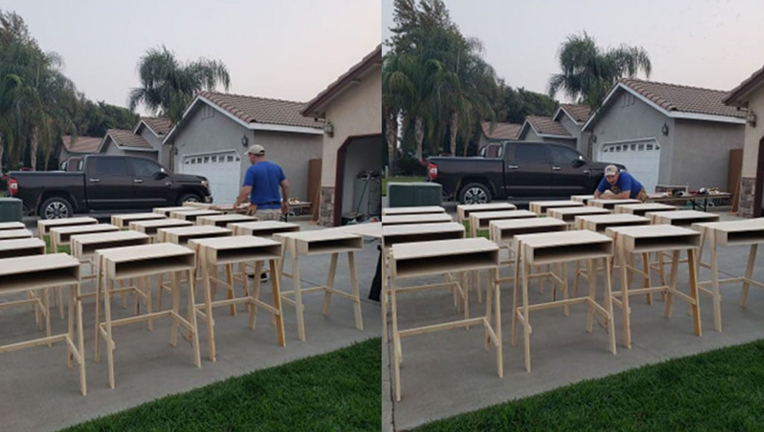 To help start the school year off strong, Mitchell Couch has produced dozens of free desks for children in the community. (Mitchell Couch)

There’s nothing like a neat and clean work space to get the job done.

The coronavirus pandemic has upended the traditional academic year for millions of American students, inspiring one crafty dad in Lemoore to make virtual learning a bit easier for local kids in need. To help start the school year off strong, the man has produced dozens of free desks for children in the community.

Mitchell Couch has been a carpenter for over 20 years, and joked that his two kids took over the kitchen table when they began distance learning this year.

“Their school work was always all over the table and we were constantly having to move it, so I built some desks for my kids so they could have their own space,” Couch told Fox News on Thursday. “When I was building the second desk, I thought that others might benefit from knowing how to build their own desks. I did a quick YouTube video, and posted a few directions along with a materials list, hoping that it could help anybody out.”

From there, the owners of local supermarket Grocery Outlet caught wind of the tutorial, and offered to supply materials if Couch was willing to make more. 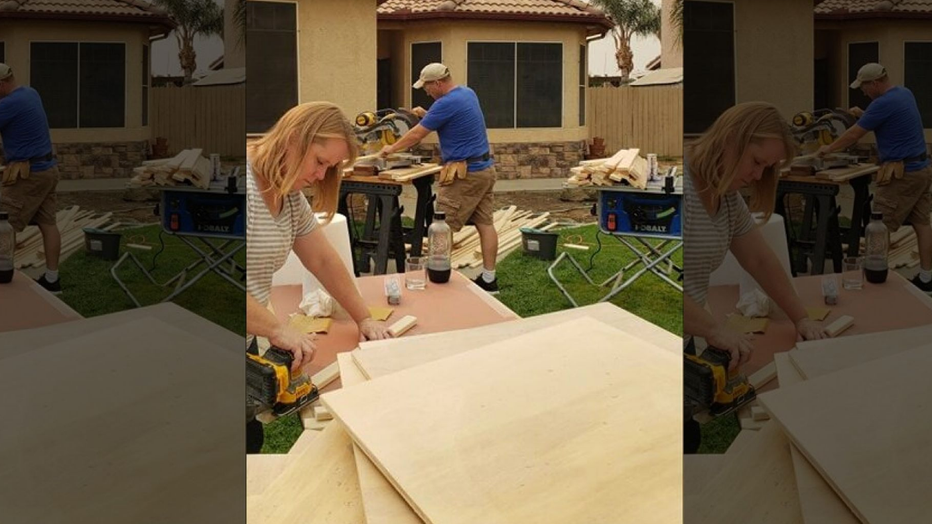 The dad accepted the challenge and has since built dozens of wooden desks to date, while the requests keep on coming. (Mitchell Couch)

The dad accepted the challenge and has since built 37 wooden desks, while the requests keep on coming.

Couch said that the must-have furniture has since been distributed free of charge to local students through nearby school districts, making their way to families in Lemoore and the surrounding rural areas.

“Agriculture is huge in our area so we have a lot of farmworkers and there are families that are in need,” he explained.

Couch also recently shared the story to Reddit – where it has since gone viral with over 140,000 upvotes – and says he’s shocked by the “overwhelming” hype the good deed has received.

“I never would have imagined the reaction that I got,” he told Fox. “When I posted to Reddit I was able to answer a lot of questions. When I woke up the next morning I had hundreds of comments, questions and messages from around the world.” 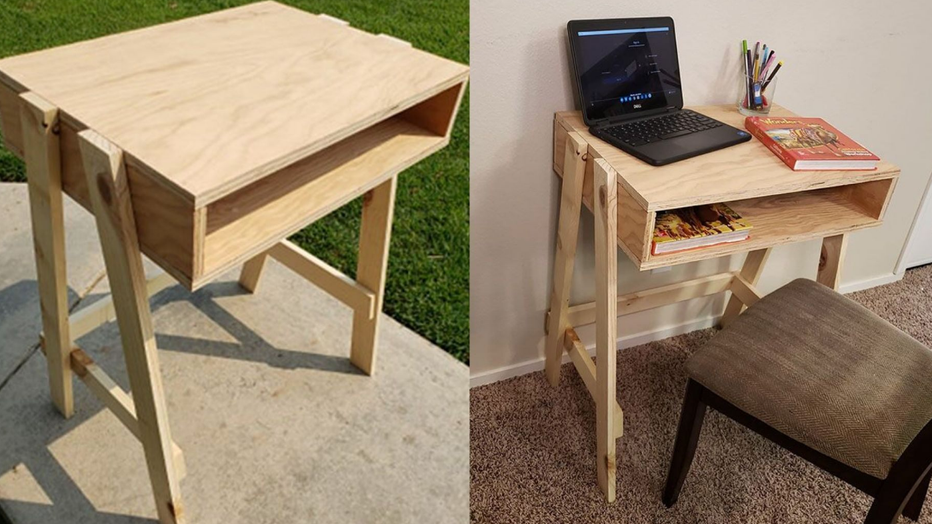 “When you focus [on those] around you, you can have the greatest impact by just helping and being charitable with your neighbors and friends.” (Mitchell Couch)

Looking ahead, the handyman is hoping to produce a second wave of desks in the near future “because we don't know if schools in our area will be opening anytime soon.”

In a larger sense, now and especially during these unprecedented times, he stressed that one of the “most important things” a person can do is help their local community.

“Sometimes we look at things on a national or worldwide level and it can bring us down,” Couch offered. “When you focus [on those] around you, you can have the greatest impact by just helping and being charitable with your neighbors and friends.”