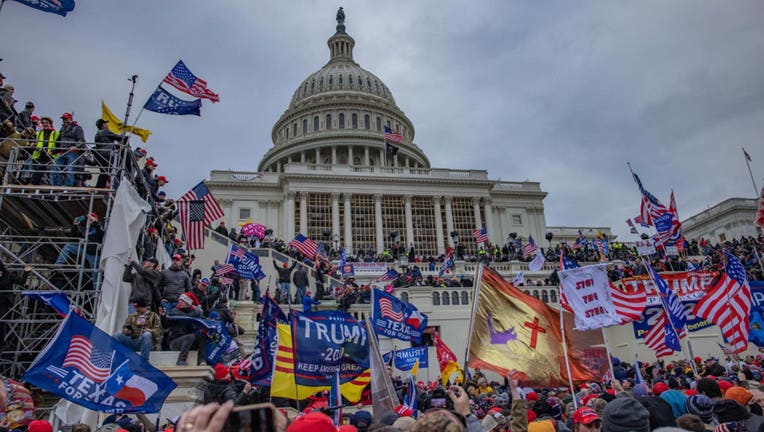 BAY POINT, Calif. - A California man has been sentenced to three years in prison for threatening harm in text messages sent during the attack on the U.S. Capitol to a New York-based family member of a journalist, prosecutors said.

Robert Lemke, 36, was sentenced Monday in Manhattan federal court, according to Damian Williams, U.S. attorney for the Southern District of New York.

Lemke, a resident of Bay Point in the San Francisco Bay Area, pleaded guilty in October to one count of making threatening interstate communications.

Prosecutors alleged that the messages were among threatening text and audio messages sent to approximately 50 people from November 2020 through early January 2021.

"Robert Lemke, refusing to accept the result of the 2020 presidential election, sent messages threatening dozens of victims, including journalists, elected officials, and their families, for the perceived offense of stating the facts," Williams said in a statement.