LOS GATOS, Calif. - While the last rainstorm was good news for California's water storage, the state is not out of the drought yet.

Lexington Reservoir in Los Gatos rose 10 feet after the last storm, but it is still less than 30% capacity. Reservoirs across the state are also measuring well below average.

"This is what we refer to as a beneficial storm, where it’s helping deal with the drought conditions obviously and then most importantly promote regrowth, especially in and around our burn scars," said Paul Lowenthal, Santa Rosa Fire Marshall. 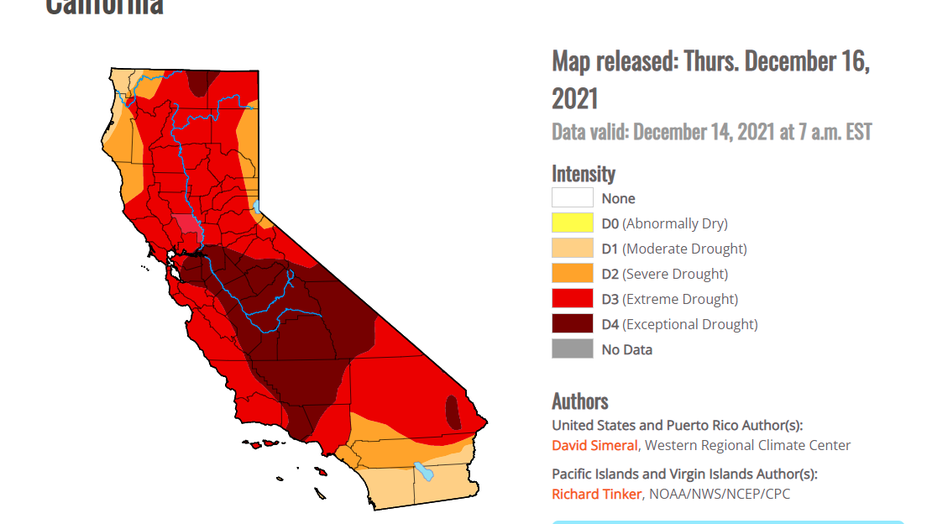 A drought monitor map, which was updated Dec. 14, showed California mostly in red, meaning extreme drought conditions. The middle of the state showed exceptional drought levels, even after the most recent rainfall.

The water year that ended September 30 was the second driest on record, due to extreme heat and lack of rain and snow, according to the state website. All 58 counties in California are now under a drought emergency proclamation.