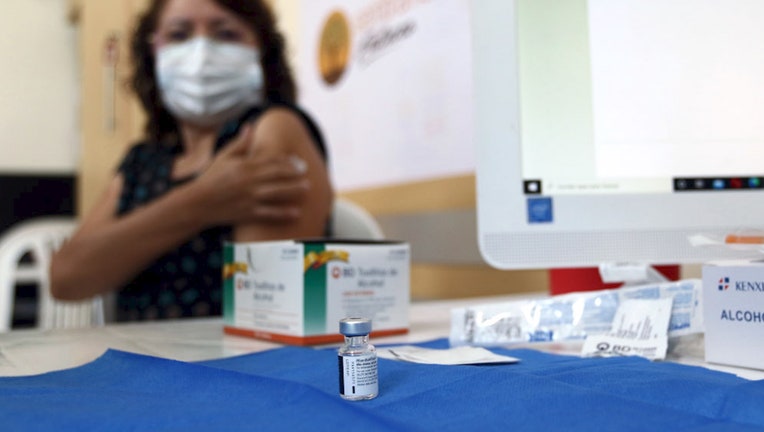 SACRAMENTO, Calif. - Facing widespread criticism for its slow vaccine rollout, California is revamping its delivery system mid-stride by centralizing its hodgepodge of county systems and streamlining appointment sign-up, notification, and eligibility for its 40 million residents.

Gov. Gavin Newsom on Tuesday named Yolanda Richardson as secretary of the government operations agency that will spearhead operations and delivery, the state announced in advance of a noon news briefing. Richardson will work with private third party administrators, as yet unnamed, to decide where the state’s supply of vaccine should go as the federal supply ramps up to meet demand.

The change means counties and hospital networks — which have been scheduling appointments and determining eligibility under broad state guidance — will move at a more uniform pace. Residents have been baffled by the varying systems as some counties will vaccinate people 65 and older while others are limited to the more restrictive 75 and up.

"Our state and county public health leaders have done the important groundwork to get California’s vaccination plan up and running and we are grateful to them and will continue to partner with them," said Newsom. "We have learned that to accelerate pace we need to dial up the scale of our efforts to ensure vaccine supply goes into arms as quickly as it arrives in the state."

California has been dinged for vaccinating so few people even amid a national vaccine shortage that appears to be the main limiting factor. It has administered more than 2.4 million of 4.5 million doses shipped.

It wasn’t immediately clear how the change will affect giant vaccination sites at places like LA’s Dodger Stadium and Orange County’s Disneyland, which have been inoculating thousands of people a day. It’s also unclear how the move will affect people who have received first doses but still require second shots.

California has said healthcare, education and childcare, emergency service and food and agriculture workers, as well as anyone 65 and older, are eligible for vaccines.

Dr. Chris Farnitano, health officer for the San Francisco Bay Area county of Contra Costa, said they’re seeking details about the new arrangement, but expects county public health offices to continue playing a major role. Counties know the makeup of its residents best, and provide health care to people who lack insurance or who are underinsured.

"The local health departments are still going to be the main on the ground provider of vaccine to the community. Hopefully, this will be better coordination at the state level and maybe bringing in additional partners," he said.

On Monday, Newsom caught counties by surprise when he abruptly lifted stay-home orders that covered much of the state.

The state has also launched a website called "My Turn" where people can sign up to be notified when they are eligible for a vaccine and to schedule appointments.

More people will become eligible for vaccines in the future based on age, the state health agency said in a statement.