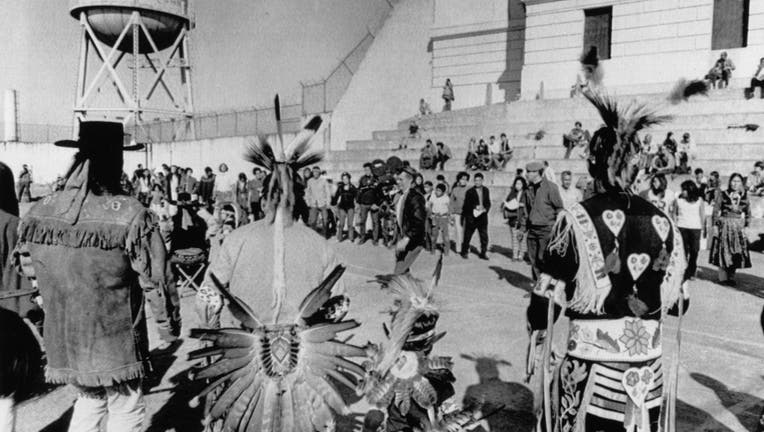 Occupants on Alcatraz Island, gather in front of the main cell block with the island's water tower in the background, during the occupation of Alcatraz in San Francisco Bay, California, 11th November 1970. The occupation was a 19-month long protest w

SACRAMENTO, Calif. - About 600 people alive today can’t have children because California’s government sterilized them either against their will or without their knowledge, and now the state is trying to find them so it can pay them at least $15,000 each in reparations.

But after a year of searching, the state has approved just 51 people for payments out of 310 applications. There’s one year left to look before the $4.5 million program shuts down and the challenges remain steep. State officials have denied 103 people, closed three incomplete applications and are processing 153 others — but they say it’s difficult to verify the applications as many records have been lost or destroyed.

Two groups of people are eligible for the money: Those sterilized by the government during the so-called eugenics movement that peaked during the 1930s and a smaller group who were victimized while in state prisons about a decade ago.

"We try to find all the information we can and sometimes we just have to hope that somebody maybe can find more detailed information on their own," said Lynda Gledhill, executive officer of the California Victims’ Compensation Board that oversees the program. "We’re just sometimes not able to verify what happened."

California in 2021 was the third state to approve a reparations program for forced sterilizations, joining North Carolina and Virginia. But California was the first state to also include more recent victims from its state prison system.

The eugenics movement sought to prevent some people with mental illness or physical disabilities from being able to have children. California had the nation’s largest forced sterilization program, sterilizing about 20,000 people beginning in 1909. It was so well known that it later inspired practices in Nazi Germany. The state did not repeal its eugenics law until 1979.

Of the 45 people approved for reparations so far, just three were sterilized during the eugenics era. With surviving victims from that time in their 80s, 90s and beyond, state officials have sent posters and fact sheets to 1,000 skilled nursing homes and 500 libraries across the state in hopes of reaching more of them.

The state also signed a $280,000 contract in October with JP Marketing, based in Fresno, to launch a social media campaign that will run through the end of 2023. The biggest push will begin this month, when the state will pay for TV and radio ads in Los Angeles, San Francisco and Sacramento that will run through next October. 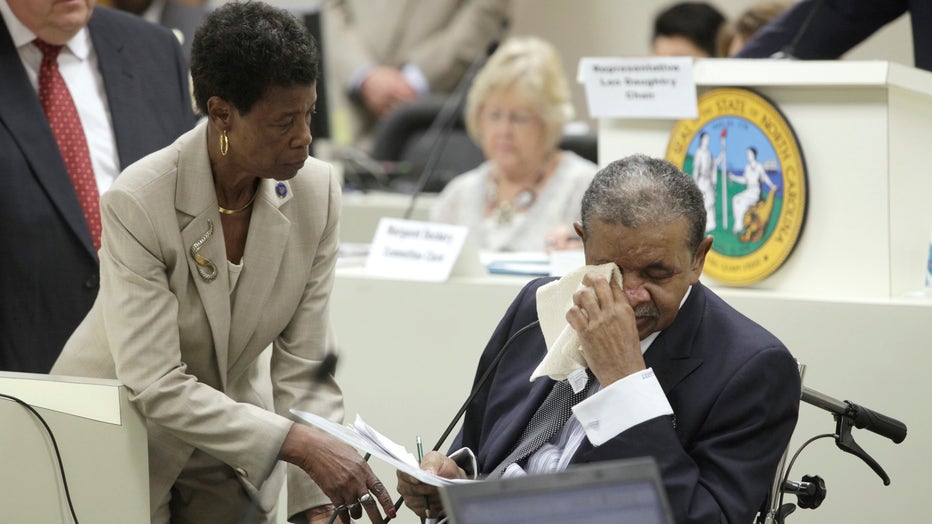 With Rep. Earline Parmon by his side, Rep. Larry Womble wipes away tears as he tells his fellow legislators to do what's right and approve funding for the Eugenics Compensation Program during a House committee meeting on Tuesday, May 22, 2012. The co

The hope is that victims’ friends or relatives will see the ads and help their loved one apply for the program. Only victims are eligible for payments. But if a victim dies after being approved but before receiving the total payment, they can designate a beneficiary — such as a family member — to receive the money.

"We take that mission very seriously to find these folks," Gledhill said. "Nothing we can do can make up for what happened to them."

The second group eligible for reparations comprises people who were sterilized in California prisons. A state audit found 144 women were sterilized between 2005 and 2013 with little or no evidence they were counseled or offered alternative treatments. State lawmakers responded by passing a law in 2014 to ban sterilizations in prison for birth control purposes while still allowing for other medically necessary procedures.

It’s been much easier to find records verifying those victims, as their procedures happened recently. State officials have sent letters to inmates believed to have been sterilized and urged them to apply while also putting up fliers in state prisons advertising the program.

Wendy Carrillo, a Democratic member of the California Assembly who pushed to get the program approved, said she will ask lawmakers to extend the application deadline beyond 2023. She wants to give victims more time to apply, and she wants to expand the program to include victims who were sterilized at county-funded hospitals. The Los Angeles County Board of Supervisors apologized in 2018 after more than 200 women were sterilized at the Los Angeles-USC Medical Center between 1968 and 1974.

"I’m not thrilled with the numbers that we are seeing so far, but I believe that as we exit out of COVID, and we begin to fully work at our full capacity — meaning that we are able to do community meetings and in-person meetings and more direct outreach other than behind a computer and through Zoom — things will change," she said.

Finding inmates who were sterilized is still a challenge, Gledhill said. "It’s a population that may not be very trusting of government, given what happened to them."

One of those people is Moonlight Pulido, who was serving a life sentence for premeditated attempted murder. While in prison in 2005, Pulido said a doctor told her he needed to remove two "growths" that could be cancer. She signed a form and had surgery. Later, something didn’t feel right. She was constantly sweating and not feeling like herself. She asked a nurse, who told her she had had a full hysterectomy, a procedure that removes the uterus and the cervix, and sometimes other parts of the reproductive system.

Pulido was shocked. She was 41 years old at the time, already had children and was serving a life sentence. But she said the doctor took away her right to start another family — something that deeply affected her. 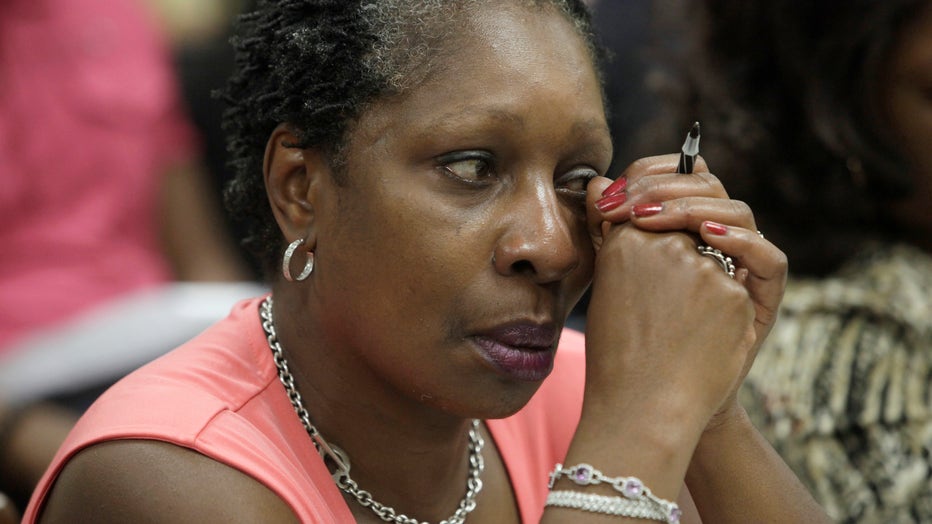 Elaine Riddick wipes away tears as she listens to Rep. Larry Womble tell his fellow legislators to do what's right and approve funding for the Eugenics Compensation Program during a House committee meeting on Tuesday, May 22, 2012. The committee did

"I’m Native American, and we as women, we’re grounded to Mother Earth. We’re the only life-givers, we’re the only ones that can give life and he stole that blessing from me," she said. "I felt like less than a woman."

Pulido was released on parole in January 2022. Working with the advocacy group Coalition for Women Prisoners, she applied for reparations and was approved for a $15,000 payment.

"I sat there and I looked at it and I cried. I cried because I have never had that much money ever in my life," she said.

Pulido could get more money. The state has $4.5 million for reparations and whatever is left over once the program ends will be divided up evenly among approved victims.

Pulido said she spent some of the money fixing up a car someone gave her when she got out of prison. She’s trying to save the rest. Known as DeAnna Henderson for most of her life, Pulido said she changed her name shortly before being released from prison — taking inspiration from gazing at the moon outside the window of her cell.

"DeAnna was a very hurt little girl that carried a lot of hurt baggage, and I got tired of carrying all that around," she said. "I’ve lived in the darkness for so long, I want to be part of the light that’s going to be part of my name."