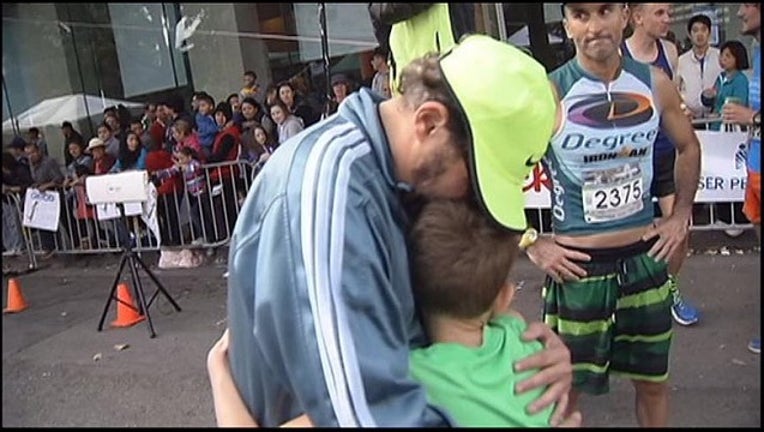 OAKLAND, Calif. (KTVU and wires) – As he was approaching the finish line in the half marathon at last weekend's Oakland Running Festival, Campbell 10-year-old Elliott Daniels admitted he was getting pretty tired.

But he pushed through, finishing in a time of 1:29.14 and getting a warm embrace from his father.

The time set an unofficial world record at the distance – 13.1 miles -- for his age group.

The apparent world record attempt kept the record in the family – Daniels cousin set the previous mark nearly 20 years ago.