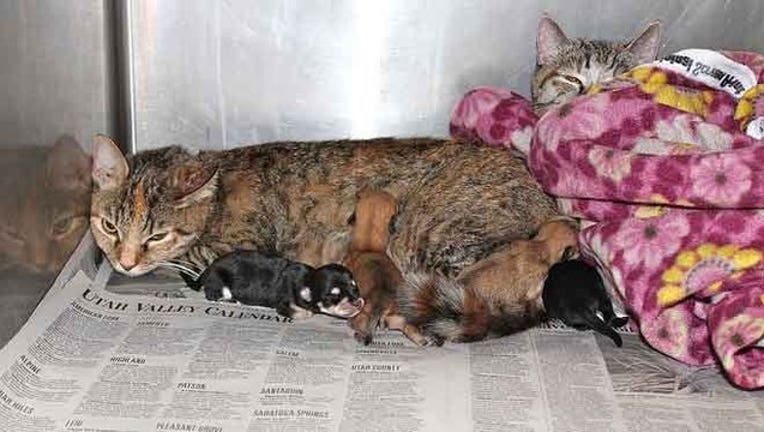 WEST VALLEY CITY, Utah (KTVU) - A cat at a Utah animal shelter stepped in to nurse a litter of orphaned puppies.

According to the Utah Humane Society, four Chihuahua puppies were abandoned in a shoebox last week. The shoebox was left on a car in West Valley City.

The woman who found the shoebox brought the puppies to the Humane Society of Utah.

About an hour earlier, a cat that had just given birth arrived at the shelter. Shelter employees noticed the cat was still producing milk.

They weren't sure how long the puppies had been without milk, so they thought it was best to see if the puppies would nurse from the cat named Kit.

According to the shelter, the puppies began to nurse from Kit. The shelter posted photos of Kit feeding the puppies on social media.

Later, they were bottle-fed to make sure they received enough nourishment.

The puppies are now feeding well at a foster home, according to the shelter.