Cat rescued from San Mateo bridge up for adoption

Will you give this kitty a furr-ever home?

BURLINGAME, Calif. - A cat rescued last month from a utility box in the middle of the San Mateo Bridge is available for adoption, the Peninsula Humane Society said Saturday.

The male cat, which has been named Raisin, was spotted hiding inside a utility box on March 17 by an AT&T technician, said Buffy Martin Tarbox, communications manager for the Peninsula Humane Society/SPCA.

"The technician had just been dispatched to this remote location for a minor repair when he spotted two enormous yellow eyes looking back at him and called us for assistance," Tarbox said. 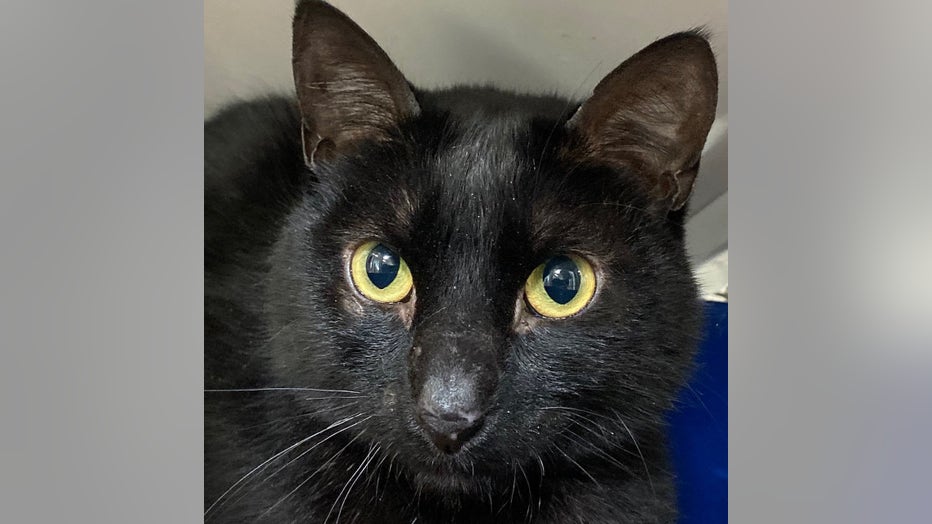 When rescue staff arrived, they found the cat hiding behind a conduit and cable access point, dangerously close to oncoming traffic, Tarbox said. 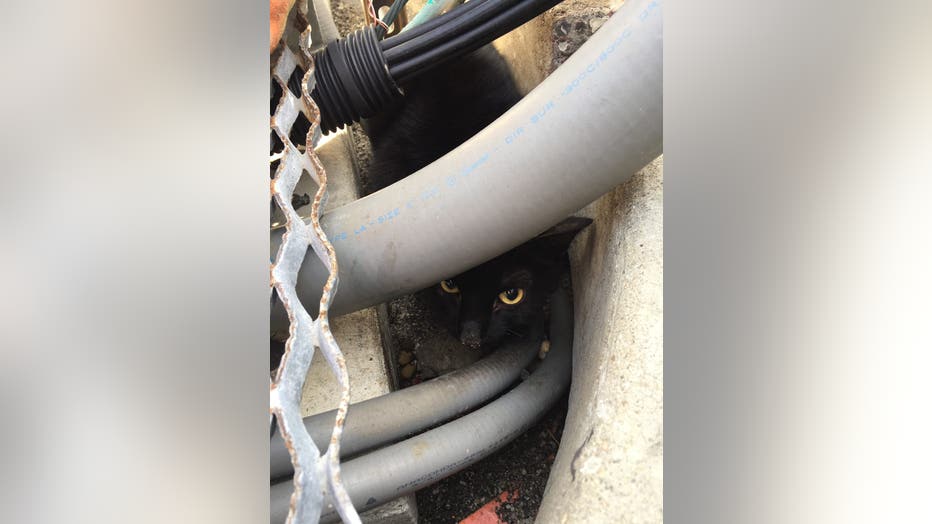 The humane society's animal rescue and control officer Justin Reese blocked the access point to the highway to keep the cat from running into traffic on the bridge. He then grasped the cat and brought it to safety.

The cat was taken to the humane society's Coyote Point shelter, where he was found to have some minor abrasions, but overall in good condition.

Humane Society officials said the cat probably didn't walk all the way to the center of the bridge.

"The cat was suffering from some road rash, so we suspect he had been hiding or traveling in a vehicle driving across the bridge, and somehow exited the car or was forced out of the car, then scrambled to the utility box and hid, having no other place to go," Tarbox said. 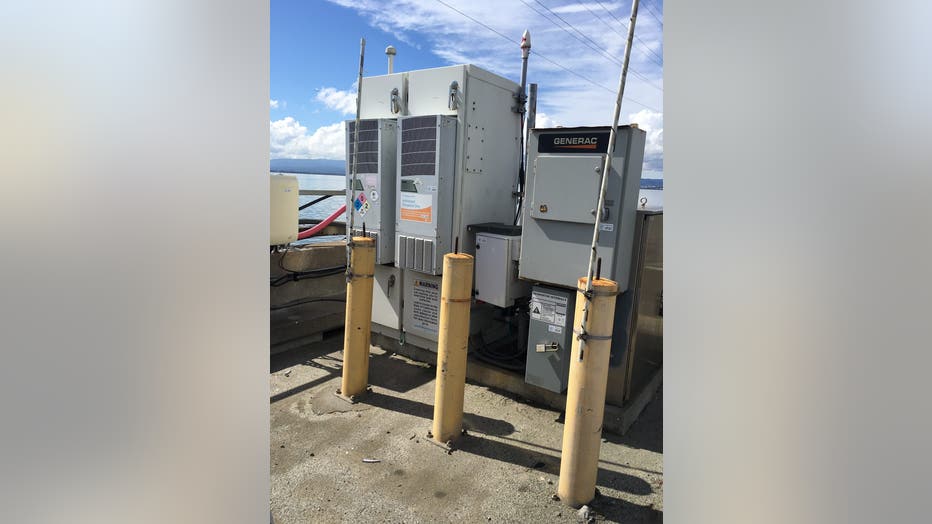 Raisin did not have any identification, nor was the cat microchipped. No one has come forward, so Raisin is now available for adoption at PHS/SPCA.

The adoption fee is $80. In an effort to help control the spread of COVID-19, PHS/SPCA is open for adoptions by appointment only. Those interested in meeting Raisin should call (650) 340-7022 to schedule an appointment.

Raisin is just one of more than 200 animals PHS/SPCA has helped since San Mateo County instituted the shelter-in-place order.