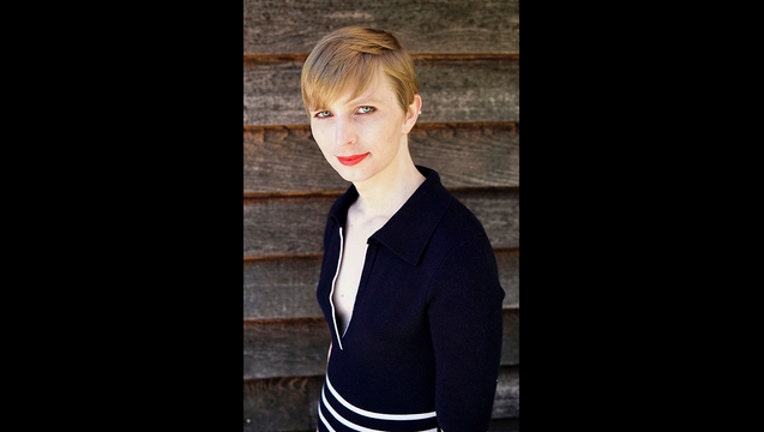 This undated photo provided by Army Pvt. Chelsea Manning shows a portrait of her that she posted on her Instagram account on Thursday, May 18, 2017. (Tim Travers Hawkins/Courtesy of Chelsea Manning via AP)

KANSAS CITY, Mo. (AP) -- Army Pvt. Chelsea Manning is revealing her new look as a woman, after being freed from a Kansas military prison and a 35-year sentence for leaking classified materials.

The transgender soldier formerly known as Bradley Manning took to Twitter and Instagram Thursday, posting a portrait photograph of her with short-cropped hair, bright red lipstick and a dark outfit with a plunging neckline.

The 29-year-old Oklahoma native included the caption, "Okay, so here I am everyone!!"

Manning was released early Wednesday from confinement at Kansas' Fort Leavenworth, after having served seven years behind bars for giving classified materials to anti-secrecy website WikiLeaks.

Manning and her attorneys have refused to divulge her post-prison whereabouts or immediate plans.