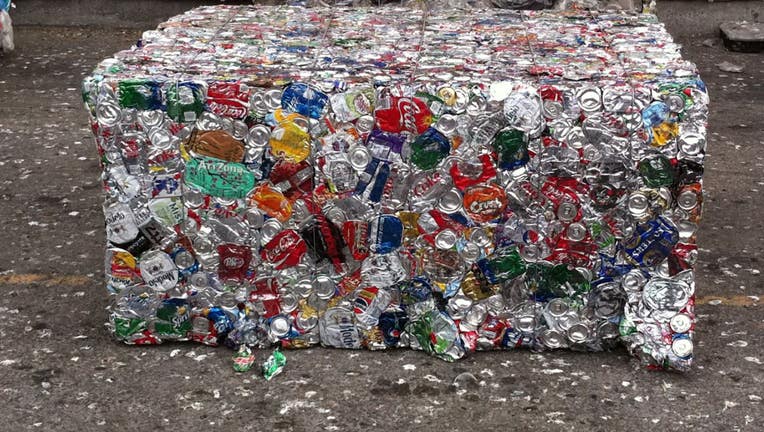 SAN FRANCISCO - Recology, the company contracted by San Francisco to collect and recycle waste, took in more than $23 million in profits over four years beyond margins set by an agreement with the city, according to a report released this week by the city controller's office.

The report released Monday is the latest problem for Recology, which last year had to pay more than $100 million in restitution, interest and penalties to ratepayers as part of a settlement with the city.

The city controller's report found that Recology's profit margin was higher than the 9 percent allowed in a 2017 rate order because its expenses were regularly lower than projected, leading to $23.4 million in profits above that 9 percent margin for rate years 2018 through 2021.

The report says Recology and its legal counsel have argued that the company is entitled to keep profits above that margin since that is only a target, but the city controller is recommending that Recology deposit the $23.4 million in a balancing account that would be used to offset future rate increases.

Recology CEO Sal Coniglio issued a statement in response to the city controller's report, saying there are findings in it that the company doesn't agree with but not specifying them.

"We have shared these concerns with the Controller's Office; we welcome the continued discussions with the city, as we seek to usher in a new era of accountability. Ultimately, we share the same goal: providing the most environmentally sound refuse service, at competitive rates, with a fair wage for our employee-owners," Coniglio said.

San Francisco's rate-setting process for Recology could change depending on the outcome of Proposition F on the city's June 7 ballot. That ballot measure would establish the city controller as the refuse rate administrator rather than the DPW director, among other changes.

The Board of Supervisors back in March unanimously approved putting the measure on the ballot, with Mayor London Breed saying then that the proposed reforms would be "an important step in bringing transparency and accountability to our rate setting process."