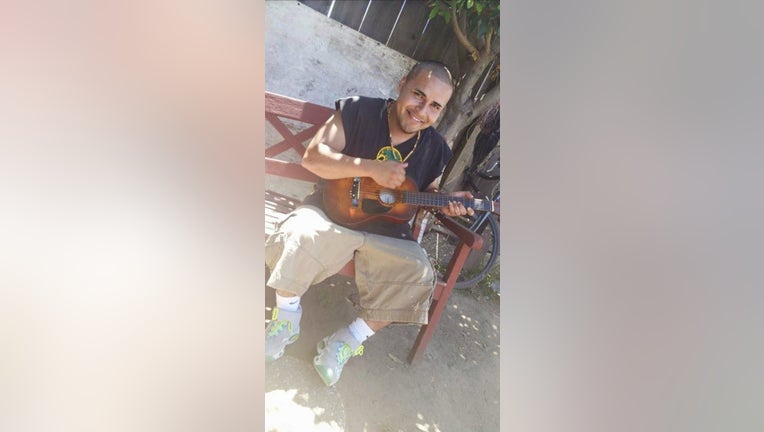 ALAMEDA, Calif. - A civil rights attorney for the family of a man who died in Alameda police custody is requesting that the U.S. Attorney General's Office investigate the department's training procedures and supervision over its officers and dispatchers, especially in light of the fact that residents did not call 911 to request assistance about Mario Gonzalez, who appeared drunk in front of their homes last month.

Oakland-based attorney Julia Sherwin wrote the letter on Monday to AG Merrick B. Garland and Principal Deputy Assistant Attorney General Pamela S. Karlan, requesting for their outside eyes on what happened to Gonzalez on April 19.

That's when the 26-year-old Oakland man died after officers knelt on his back for several minutes, arresting him after neighbors called a non-emergency line to report that he was hanging around at a small park on Oak Street and seemed intoxicated. A second resident wondered if he had stolen a bottle or two of alcohol.

Body camera video released by police shows Gonzalez gasping for air and dying at the scene.

"We are extremely concerned about the training and supervision the police department provided to the officers who killed Mario, and to the dispatcher who sent the police to the scene in the first place," Sherwin wrote.

Sherwin added that the city of Alameda has not provided her office or the public with the information its dispatcher gave to the police officers about Gonzalez. This information would be important because it shows what the officers were informed of before they up.

The city of Alameda confirmed to KTVU that police are often sent out to non-emergency calls.

Whether or not the AG's office will heed the request is yet to be determined.

Mayor Marilyn Ezzy Ashcraft said she was unable to comment "because this matter is the subject of ongoing litigation."

Sherwin said she hoped that the federal investigation would occur concurrently with the homicide investigation being conducted by Alameda County, as well as a separate investigation by an outside firm, requested by the city of Alameda.

Mother of Mario Gonzalez speaks out about her son's death

KTVU sat down with Edith Arenales, the mother of Mario Gonzalez, who died in Alameda police custody.

This isn't the first case of what might be determined as restraint asphyxia in Alameda.

In December 2018, Iraq War veteran Shelby Gattenby died after Alameda police officers pinned him prone on the ground with weight on him, in addition to Tasing him multiple times.

In that case, one of the officers even instructed another officer to use his body weight to hold Gattenby down.

"After Gattenby's death, the Alameda Police Department should have overhauled its policies and training to bring them in line with the Constitution, and to prohibit prone, weighted restraint," Sherwin wrote. "If they had done that, Mario would still be alive."

In addition to trying to handcuff Gonzalez on his stomach, face-down, which experts have warned goes against most police training, Sherwin said that the Fourth Amendment prohibits police officers from arresting any person unless the officers have "probable cause" to believe that the person has committed a specific crime.

While the first responding officer was speaking to Gonzalez, he radioed a fellow officer and asked him to go to the Walgreen's store and see if they had had any "walk-offs," or people stealing merchandise.

A few minutes later, that officer said "negative" on the radio, meaning Walgreen's was not complaining about Gonzalez, or anyone else, having stolen any merchandise. Therefore, Sherwin said the officers did not have probable cause to arrest Mario for stealing anything.

Plus, Sherwin said police officers are legally prohibited from arresting anyone for being drunk in public unless that person is so intoxicated he can't care for himself or he is blocking a public right-of-way, such as being passed out on the sidewalk. Gonzalez didn't fit either of these legal standards, she said.

The officers' attorney, Alison Berry Wilkinson, has said that the police arrested Gonzalez for his own safety, to keep him from tripping on a tree stump.

"But that assertion is completely without any legal basis, and is frankly ridiculous," Sherwin said. "The United States Constitution prohibits the police from arresting anyone under such circumstances."

And in terms of having an open bottle of alcohol at the park, Sherwin said at most, that's an infraction, which is less than a misdemeanor, and carries a maximum possible fine of $250.

Gonzalez leaves behind two brothers, including 23-year-old Efrain who has severe autism and whom Gonzalez was his primary caretaker, as well as his mother who will bury her son on Tuesday.

"Mario Gonzalez was not some hardened criminal," Sherwin wrote. "He was a loving, peaceful, hardworking man and a devoted father, son, and brother. On April 19, 2021, Mario was clearly confused, but he was committing no crime. And he was the gentle, quiet man his family has always known. His death was completely unnecessary."

A GoFundMe has been set up for the Gonzalez family.