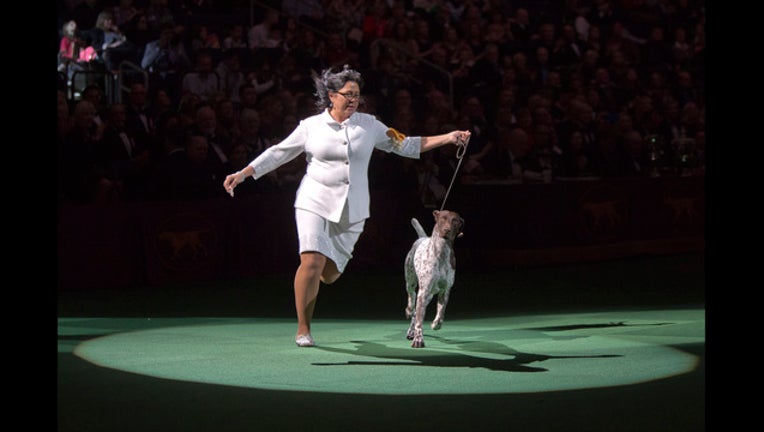 CJ, a German shorthaired pointer, is shown in the ring by his handler Valerie Nunes-Atkinson during the Best in Show competition at the 140th Westminster Kennel Club dog show, at Madison Square Garden in New York. (AP Photo/Mary Altaffer)

The 3-year-old CJ beat out 2,751 other entries in 199 breeds and varieties to win the nation's most prestigious dog competition.

The fan favorite earlier in the night was a large Leonberger, who wanted a treat and kept gnawing at his handler's suit pocket all the way around the ring.