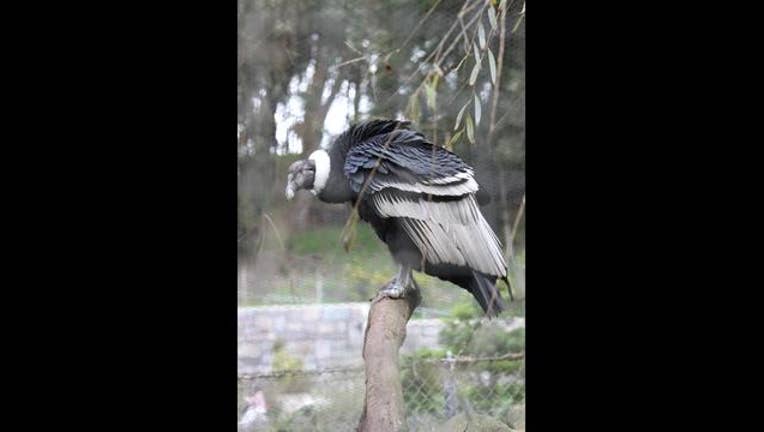 SAN FRANCISCO (KTVU) - With a 10-foot wingspan and weighing in at 25 pounds, the San Francisco Zoo welcomed a new animal to share with the public this week. Hatched in 1985, Claudia, the Andean condor is making her home at the Puente Aviary for at least six months according to zoo officials.

“She has striking red eyes and extraordinary black-and-white-feathered wings. We hope her presence here will help educate visitors about the near threatened status of the Andean Condor species,” said Peterson.

According to the zoo, the species, with its larger wingspan than the California condor, is declining in population due to encroachment of humans. Another major threat to the species is lead poisoning from the animal carcasses they eat.