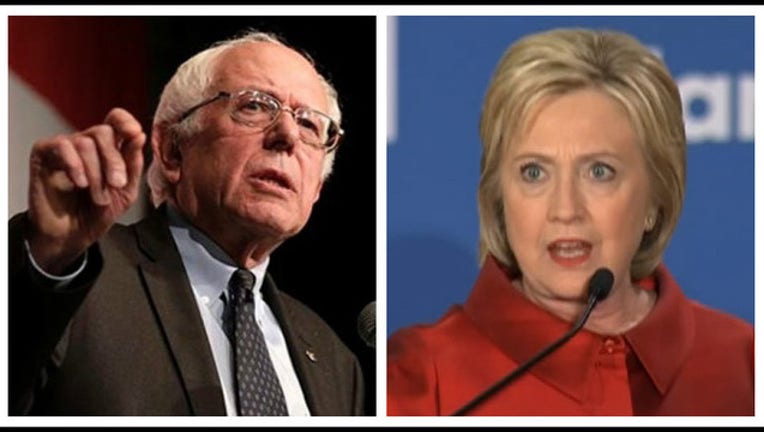 COLUMBIA, S.Carolina (AP/KTVU) -- The election calendar may have Democrats voting next in South Carolina, but Hillary Clinton and Bernie Sanders are eyeing bigger prizes in March, a month that will determine whether the Vermont senator can keep up the pace in the White House race.

Clinton shook off some of the anxieties shadowing her campaign with a solid victory in Saturday's Nevada caucuses.

The results offered a glimpse of her strength with black voters. They are a crucial group in South Carolina, which holds its primary this coming Saturday, and in other Southern states with contests on March 1, Super Tuesday.

Sunday, Clinton made stops in Atherton, Menlo Park and Piedmont. Her fundraising trip through California continues Monday with a visit to Los Angeles.

Meanwhile across the Bay, Sanders’ supporters hosted a “tongue-in-cheek” $27 fundraiser in San Francisco on Sunday. It was meant to highlight the importance of small contributions to his campaign.

Sanders has yet to prove he can consistently expand his base of support beyond white liberals and young voters. His campaign cited progress with Latinos in Nevada, but his advisers are clear-eyed about the challenges on Super Tuesday. They are mapping out plans to stay close to Clinton in the delegate count until the race turns to friendlier territory later in March.

"Because we can do the long game, once we get past March 1, the calendar changes dramatically," said Jeff Weaver, Sanders' campaign manager. "It's frontloaded for her, but we have the ability to stay in the long game."

More than half the 2,383 delegates needed to win the Democratic nomination will be determined in the 28 states that hold primaries and caucuses in March.

Clinton and Sanders should have enough money to stay in the race for weeks afterward, but the delegate tally at the end of the month could make the results inevitable.

For Sanders, strong showings in March are more important because of Clinton's lead with superdelegates -- the party leaders who can support any candidates regardless of how their states vote.

Clinton has captured the support of 451 superdelegates compared with Sanders' 19.