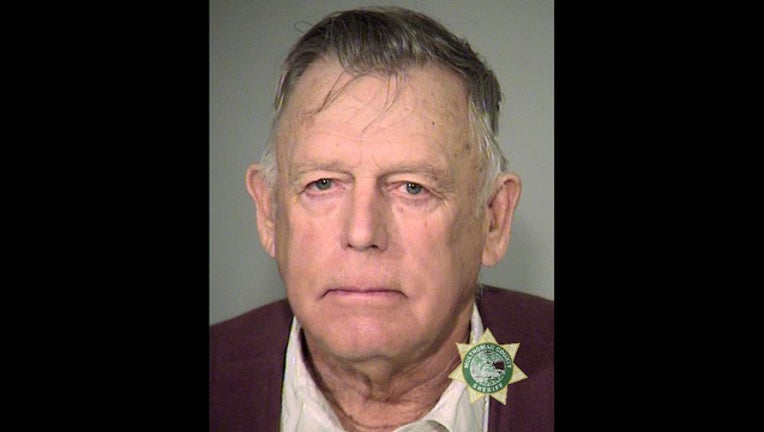 LAS VEGAS (AP) -- The Nevada rancher accused of leading an armed standoff that stopped federal agents from rounding up his cattle in 2014 walked out of a courthouse in Las Vegas a free and defiant man Monday, declaring that his fight against U.S. authority is not over.

Cliven Bundy emerged to supporters' cheers, while environmental and conservation advocates worried that the dismissal of his charges would bolster "violent and racist anti-government" followers who aim to erode established parks, wildlife refuges and other public lands controlled by U.S. officials.

"We're not done with this," the 71-year-old Bundy declared in his first minutes of freedom since his arrest in February 2016.

The family patriarch and states' rights figure said he had been held as a political prisoner for 700 days and promised that if U.S. Bureau of Land Management agents come again to seize his cattle over unpaid grazing fees, they will encounter "the very same thing as last time."

"The whole world is looking at us," he said. "'Why is America acting like this? Why are we allowing the federal government, these bureaucracies, to have armies?' That's a big question the whole world wants to know."

The stunning collapse of the federal criminal case against Cliven Bundy and his sons Ryan and Ammon marked a new low for government lawyers whose work is now under review by the Trump administration. Prosecutors have faced several losses in Oregon and Nevada arising from armed Bundy standoffs over federal control of vast stretches of land in the U.S. West.

"The court finds that the universal sense of justice has been violated," Navarro said as audible gasps and sobs erupted in a court gallery crammed with Bundy supporters.

It comes after prosecutors failed to gain full convictions in two trials against six other defendants who acknowledged carrying assault-style weapons during the April 2014 confrontation outside Bunkerville, 80 miles (129 kilometers) northeast of Las Vegas.

Jurors in Portland, Oregon, also acquitted Ryan and Ammon Bundy more than a year ago of taking over a federal wildlife refuge in early 2016 and calling for the U.S. government to turn over public land to local control.

Navarro found "deliberate attempts to mislead and distort the truth" and blamed FBI agents for "reckless disregard" of requirements to turn over evidence relating to government snipers and cameras that monitored the Bundy homestead.

The defense also should have been given records of government threat assessments that concluded the Bundys would probably protest but not become violent if agents enforcing court orders began rounding up their cattle, the judge said.

Nevada's newly appointed acting U.S. attorney, Dayle Elieson, released a one-sentence statement saying she will make a determination about whether to challenge the ruling before the 9th U.S. Circuit Court of Appeals.

Ian Bartrum, a University of Nevada, Las Vegas, law professor who has written about the Bundy case and federal land policy, called the complete dismissal a "pretty incredible result" for the family and its followers.

"In some ways, it vindicates what they're claiming," Bartrum said of people who believe federal agents and prosecutors overreached to indict 19 people on charges that included conspiracy, assault and threats against federal agents.

"Not only did they not go to prison, but they drew attention to their political cause -- rethinking land management policy in the West," Bartrum said.

Kieran Suckling, an official with the Center for Biological Diversity, which fought for decades to protect endangered desert tortoises on rangeland where Bundy cows graze, called the prospect of a wider audience for the states' rights figure cause for concern.

"Federal prosecutors clearly bungled this case and let the Bundys get away with breaking the law," Suckling said. "The Bundys rallied a militia to mount an armed insurrection against the government. The failure of this case will only embolden this violent and racist anti-government movement that wants to take over our public lands."