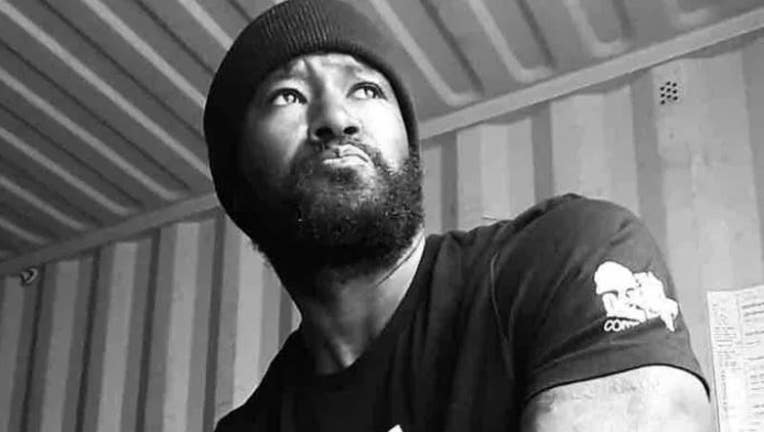 OAKLAND, Calif. - Sometimes, those who are lucky will come across a figure who inspires, pushes them to their maximum potential, and offers them the feeling that someone’s always got their back. To the many young student athletes who have been able to call Adrian Cooper "coach," he’s been just that person.

And now his community has been working to show the Oakland high school football coach that they’ve got his back, as the 40-year-old waged a rigorous fight against cancer.

Affectionately known as "Coach Coop" or just "Coop," the assistant football coach at Fremont High School in Oakland was diagnosed with lymphoma of the stomach in late September. Since then, he’s been undergoing treatment, which has prevented him from doing what he loved best: training and coaching young people. 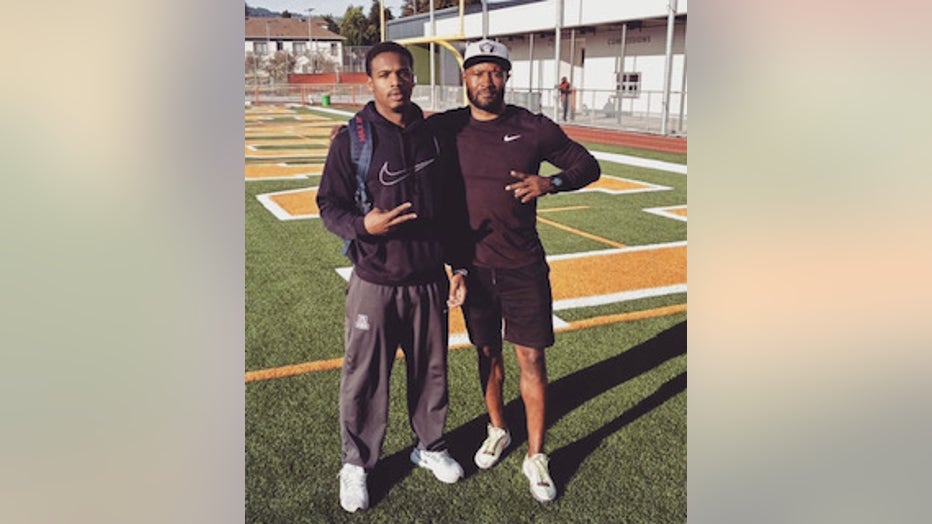 In a GoFundMe campaign set up earlier this month by LaResha Martin and her daughter Jordan Smith, the organizers wrote, "He will not be able to work for a while and cancer treatments will require him to go back and forth to the hospital often." So they called on the community to show its love. "He will need us to wrap our arms around him and support him as best we can financially."

Cooper, who grew up in the Bay Area playing competitive youth sports himself, has been coaching for more than 15 years. He started off his football coaching career at Oakland High School and has since sent more than 18 of his student athletes to play Division I college football. He's also worked as a personal trainer, building his own fitness company, IAMFitness510, and has established his own youth flag football league and team.

While his list of accomplishments in youth sports were impressive, those who have worked with Coach Coop stressed that his mentorship and training have gone far beyond the field, as he's credited for making college a priority in the lives of his student athletes.

Fremont High senior and football player Etuate Finau shared how Cooper has served as a "guiding hand," and an influence that helped turn his academic life around.

"I went from classes and skipping classes, to becoming a true student athlete, my grades are higher than they have ever been," Finau said, as he noted that it’s because of Cooper, that he’s now a nationally recruited athlete. " … as soon as I met him, he told me what his true goals and aspirations were for me and that was to get me to college to play this sport that I love so much," Finau shared.

"Adrian has coached so many students to reach their full potential and supported many students with recruitment and college applications," Martin told KTVU. "He is a strong believer in the importance of college."

Martin said she first met Cooper when daughter Jordan, who’s now in college, needed a personal trainer as an athlete in middle school. Her daughter then went on to work with the coach when she played basketball at Oakland Technical High School.

When Martin heard Cooper was ill, she reached out to him and asked how she could help. She said that the coach was not one to ask for help himself, as he's known to charge very little or sometimes even train his young athletes for free. So that’s when she and daughter decided to get the word out about his condition in hopes of giving back to someone who’s never sought much in return.

"He gives so much of his time and skill to those who need him to improve their health or sports skills," Martin shared. 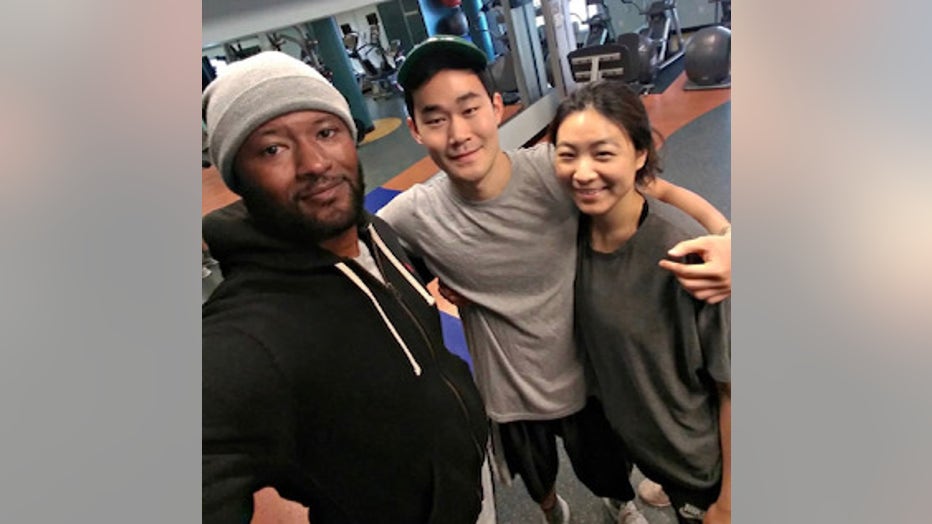 Coach Adrian Cooper shown here working with student athletes. There's been an outpouring of support for the Oakland high school football coach, who has recently been diagnosed with stomach cancer. (Courtesy: Adrian Cooper)

Perhaps Cooper’s greatest skill has been his ability to show the young people he’s worked with, what they’re truly capable of.

Many of his athletes shared how their coach has helped them "achieve greatness that they themselves didn't see they could achieve," as Finau put it.

Another Fremont senior and football player, Chris Tavake, described Cooper as a role model and mentor and said, "He took what I didn’t see for myself and put it in my vision."

And senior Kemond Brown described his coach as "a hero to the community," adding, "Coop has put his trust in me and made me believe in myself when I felt like I couldn’t do it."

Martin said that another reason why it was important to rally folks to help Cooper was because he doesn’t have a big family. However, those whose lives he’s touched would likely disagree, as many in the community have described him to be someone they considered family.

McClymonds High School graduate DaVeonne Sanders, who trained with Cooper, said that the coach was like an uncle to him. "He has taken me places where I thought I would never end up and he has showed countless moments of loyalty," said Sanders who’s now a student at Eastern Michigan University.

On GoFundMe, one donor wrote, "Blood couldn’t make you anymore family to me, stay strong Coop love and appreciate you."

The staff at Fremont High called Cooper a great mentor and expressed its wishes for his healing and return. "We remain hopeful for his recovery and are rooting for him so that he can come back to doing what he loves: training and mentoring our Oakland youth," said Assistant Principal Nidya Baez. "He remains connected to our Football players and we are blessed to have him as a part of the Fremont Family," she added. 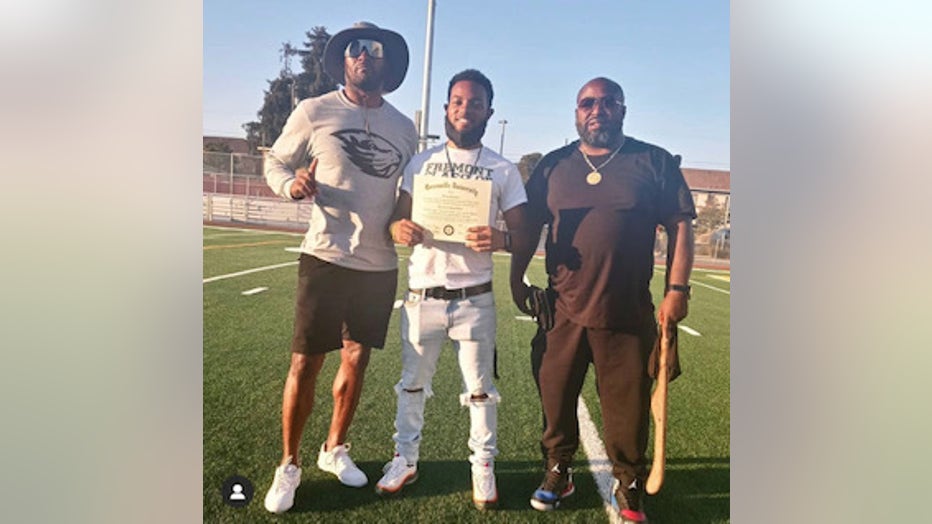 Oakland high school coach Adrian Cooper (left) with Fremont High football player. There's been an outpouring of support for the coach known to many as "Coop," as he battles cancer.  (Courtesy: Adrian Cooper)

Martin said that Cooper's health crisis hasn't stopped him from going above and beyond for his student athletes. Last month, he even showed up for the Tigers' Homecoming game. Martin said that when she asked him why he went out there given his weakening condition, he simply responded that he needed to be there for his kids. 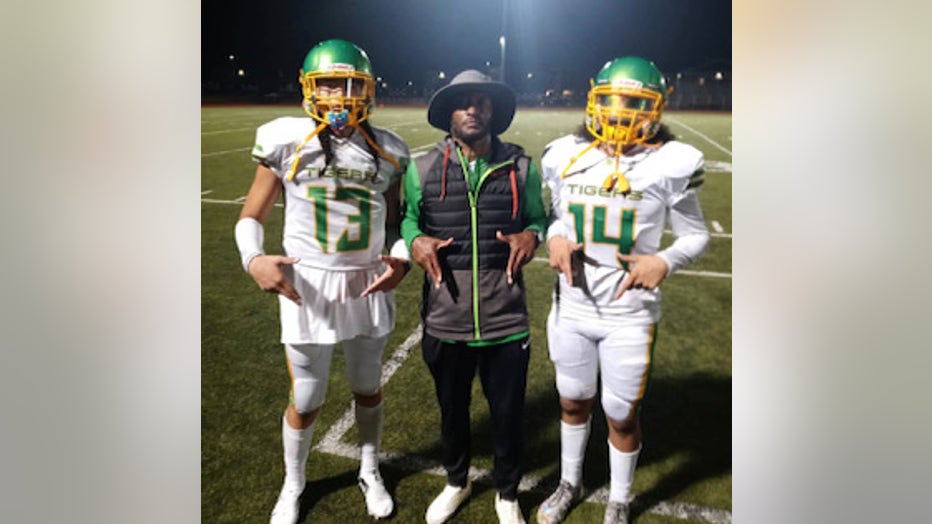 Often, people’s dedication to those in their community can be reflected in how that community responds in their time of need.

And Coop’s community has been responding with a swell of support and a resounding and collective message of love, and gratitude.

During a recent weekend that Jordan Smith returned home from college, her mother said that her daughter wanted to do something to help Cooper. So Smith offered to give the coach a ride to one of his chemotherapy sessions. The mother said afterward her daughter returned in tears, heartbroken to see her mentor going through such a physically challenging time.

It also emboldened the young college student to step up the efforts to help the coach, as she believed that there was a community out there that needed him and all that he offered.

"You don’t often find someone who genuinely cares about you, your life, your future and well being," Smith shared, adding, "He is more than a coach, he is a friend and I am praying that he will be healed. So many students need him."

The GoFundMe for Coach Cooper can be found here.