The developer, Lennar, says employing unionized workers would be too expensive.

CONCORD, Calif. - With the lead developer for the Concord Naval Weapon Station re-use project at an impasse with a labor consortium over construction labor agreements, the Concord City Council will soon have to decide whether that developer is living up to terms to have those agreements in place.

At its Jan. 7 meeting, the City Council is scheduled to address this impasse between the Contra Costa County Building and Construction Trades Council and Lennar Concord, LLC, the chosen lead developer of the Concord Community Reuse Project. Both parties have told the city they are at an impasse; one area of disagreement is whether the use of labor unions would be economically workable for Lennar.

Among items addressed in the labor agreements would be local hiring requirements and vocational training and incentive programs for military veterans, as proposed by the Building Trades Council.

In late 2019, after the Building Trades Council indicated no progress was being made with Lennar on the labor agreements, former Mayor Edi Birsan created an ad hoc committee to encourage the two parties to come together. The two sides have met nine times since June 2018, the last two times with the ad hoc committee present.

The ad hoc committee asked the City Council to step in and decide whether or not Lennar's efforts to secure the labor agreements meet the city's agreed-to terms.

If the council find's Lennar's efforts haven't been enough to meet those terms, Lennar could have to "relinquish their role as master developer for Phase 1" of the reuse project, according to a city report.

The Navy is awaiting a resolution of the project labor agreement issue, and progress on a draft specific plan on the former weapons station land, to resume negotiations with the city of Concord for formal transfer of the land to the city.

After most of the former Concord Naval Weapons Station was closed by the U.S. Navy in 2005, the city and various other interests spent the next seven years discussing how the property should be developed. The Concord Community Reuse Project Area Plan was adopted in 2012, calling for residential, commercial and educational development on approximately 2,300 acres of the old weapons station land on the northwest edge of the city of Concord.

The northernmost part of the old weapons station, north of state Highway 4, continues in operation as the Military Ocean Terminal Concord. 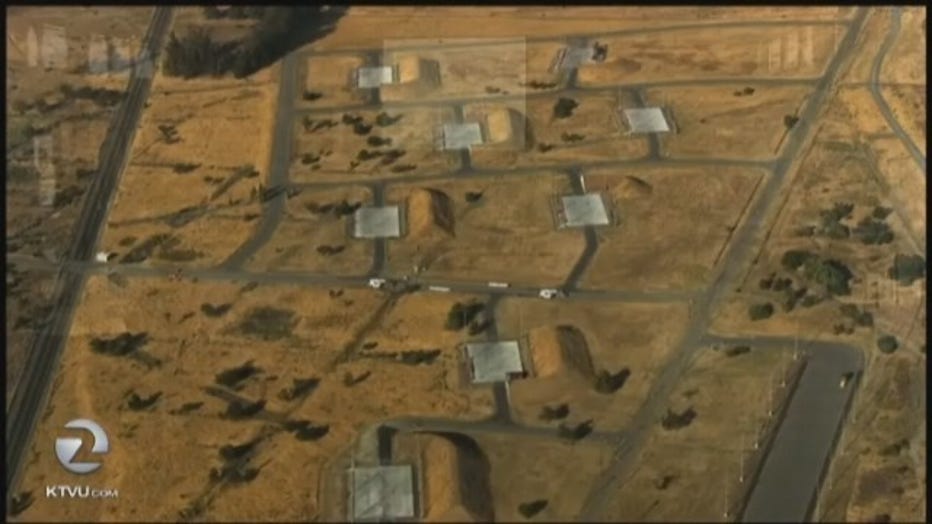