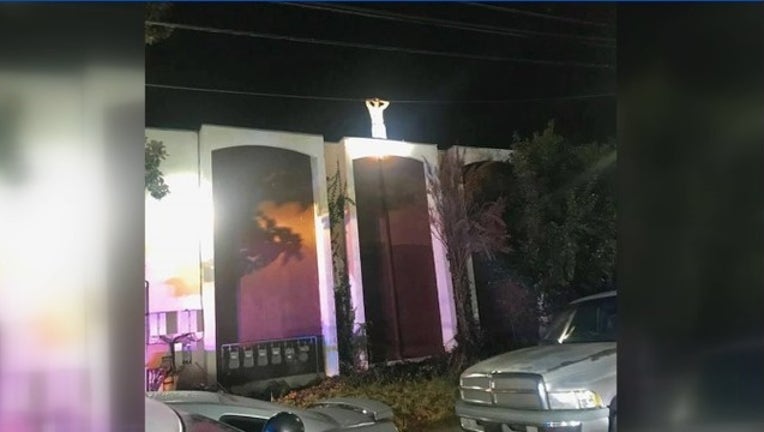 Concord police recieved help from the CHP and ConFire to apprehend a suspect Saturday night who fled when officers were serving arrest warrants for two people at an apartment complex in the northern part of the city.

CONCORD, Calif. (BCN) - Concord police got their man Saturday night with the help of the California Highway Patrol and the Contra Costa County Fire Protection District.

Sarah Barela Gleason, 32, was taken into custody immediately and without incident, police said, but 42-year-old Kevin Villatoro fled via the apartment balcony onto the roof of the complex.

CHP personnel in a helicopter told police where Villatoro was, and police used a ladder truck supplied by ConFire to apprehend him.

Both Gleason and Villatoro were taken to the Martinez Detention Facility on charges related to the outstanding warrants - drug-related for Villatoro, and a burglary warrant for Gleason, Thoms said.