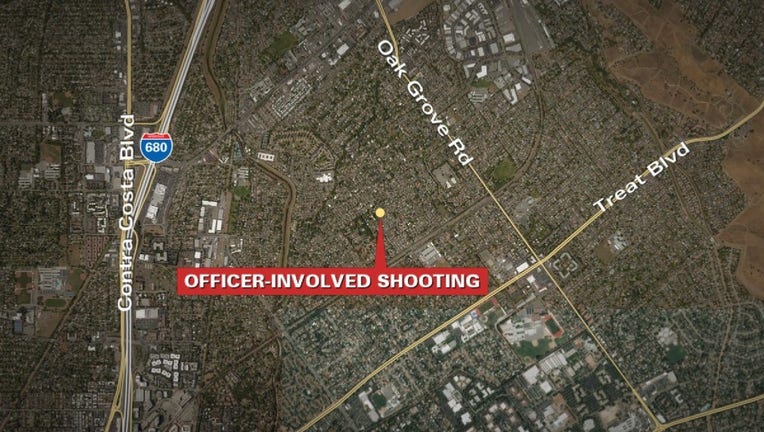 Concord police are investigating an officer-involved shooting on Oasis Drive that happened on Sunday, December 1, 2019.,

CONCORD, Calif. - A man who Concord police fatally shot after he allegedly attacked his elderly parents was identified Wednesday by police as 60-year-old Donald James Eversen.

Eversen was shot by at least one of two officers who opened fire at him when he did not drop a knife and plastic gun he was holding, police Cpl. David Petty said.

Petty has identified the two officers involved as Sgt. Josh Graham, a 17-year veteran of the force, and Officer Oscar Rodriguez, who has been with the department for a year and a half.

At about 11:45 a.m. Sunday, police had been called to a home in the 900 block of Oasis Drive with Eversen's parents saying he was "acting erratically" and was possibly under the influence of alcohol and drugs, Petty said.

Officers arrived and found him in the front yard with the plastic gun and knife in his hands. Eversen's 90-year-old father then came outside with visible serious injuries, according to Petty.

Eversen then walked back into the home and officers followed and found him straddling his 85-year-old mother, who was also injured. Soon after, Graham and Rodriguez fired their service weapons, Petty said.

Eversen died at the scene, while his parents were taken to a hospital, where they remain Wednesday with serious but not life-threatening injuries, according to Petty.

Petty said Concord police had prior contact with Eversen, but didn't elaborate. The Contra Costa County District Attorney's Office is investigating the shooting along with the Police Department, he said.