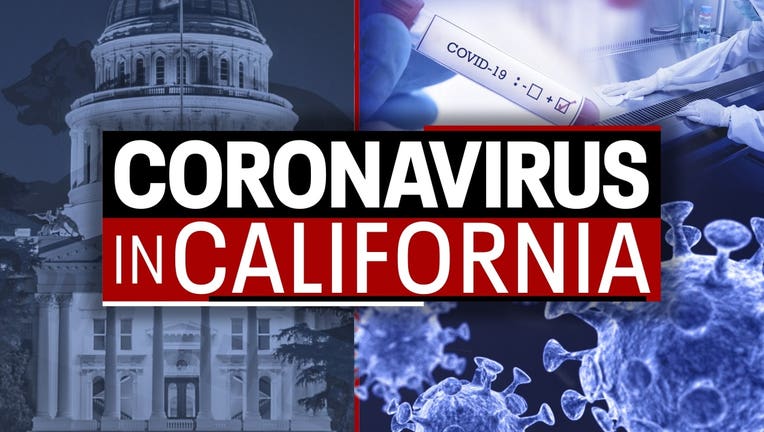 LOS ANGELES - More than 200 people at Golden Gate Fields racetrack in Berkeley have tested positive for the coronavirus as the number of cases statewide surges to its highest levels since the start of the pandemic, health officials say, calling it a “significant outbreak."

Even before the Thanksgiving holiday that has many health officials concerned about increased gatherings, the California Department of Health and Human Services reported more than 15,000 cases Saturday, by far the highest level since the pandemic began in March. Another 14,000 cases were recorded Sunday.

California’s average daily number of coronavirus cases has tripled in the last month, the Los Angeles Times found in an analysis, while COVID-19 hospitalizations have doubled in the same time period.

A curfew that affects most of the state took effect Saturday requiring people to stay home from 10 p.m. to 5 a.m. unless they are responding to an emergency, shopping for groceries, picking up takeout or walking their dogs. The monthlong curfew could be extended if rapidly worsening trends don’t improve.

Authorities say the focus is on keeping people from social mixing and drinking — the kinds of activities that are blamed for causing COVID-19 infections to soar after dipping only a few months ago. They also have warned against Thanksgiving travel or mixing of several households.

Dr. Mark Cullen, an infectious disease expert who recently retired from Stanford University, said the underlying goal is based on a reasonable interpretation of data.

“Large numbers of people getting together oblivious of controls — no masks, no social distancing, often indoors — a lot of those things are in fact occurring at night,” Cullen said. However, he and other health officials also questioned whether a limited curfew will be effective.

The curfew applies to 41 of the state’s 58 counties that are in the “purple” tier, the most restrictive of four state tiers allowing various stages of economic reopening. Those counties encompass 94% of the nearly 40 million people living in the most populous U.S. state.

San Francisco could return to the purple tier as early as Sunday.

Los Angeles County officials were on the verge of announcing even more stringent measures, including a possible lockdown that would take effect three days after a certain case number threshold is met.

Meanwhile, at the racetrack in Berkeley, officials said they have temporarily stopped transporting horses and staff from Golden Gate Fields to try to try to limit further spread of the virus. The track temporarily suspended live racing operations on Nov. 13 after 24 cases were reported.

Aidan Butler, chief strategy officer of the track owner the Stronach Group, told the California Horse Racing Board that 95% of the people who tested positive are asymptomatic, the San Jose Mercury News reported Sunday.

“Unfortunately, that is the reason, I believe, this got out of control because no one was too sick for the most part,” he said.