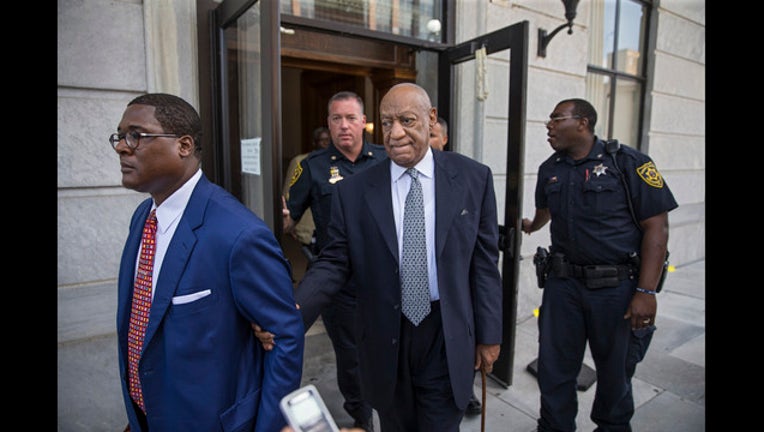 PHILADELPHIA (AP) - Bill Cosby's lawyers are accusing prosecutors of withholding and destroying evidence that could have helped him.

Cosby's lawyers want his criminal sexual assault case dismissed before his April retrial. They say in court papers Thursday that prosecutors only recently informed them of an interview last year with a woman who cast doubts on Andrea Constand's allegations that Cosby drugged and molested her in 2004. They also say detectives destroyed their notes from the interview.

The woman, Marguerite Jackson, says Constand told her of a plan to falsely accuse a "high-profile person" so she could sue and get money.

At Cosby's first trial, the judge blocked Jackson's testimony. Jurors failed to reach a verdict at that trial.

The AP does not typically identify people who say they are victims of sexual assault unless they grant permission, which Constand has done.