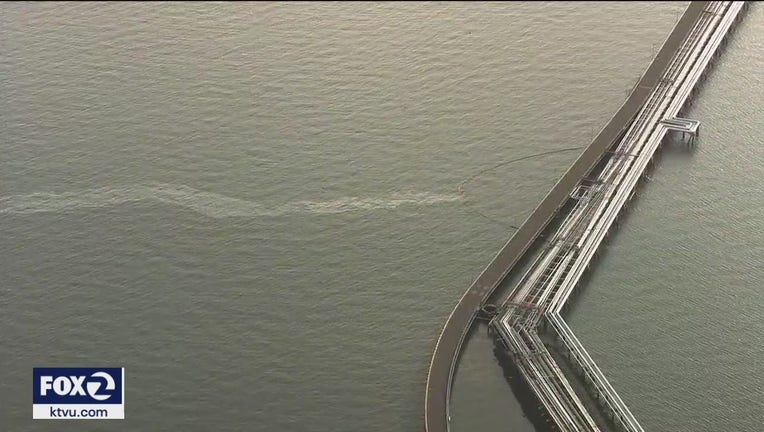 RICHMOND, Calif. - Richmond residents deserve more answers from Chevron and public agencies about an oil spill earlier this month and the community needs to discuss a future without the oil giant's refinery operating there, city officials and local advocates said Tuesday.

The Feb. 9 leak of several hundred gallons at the refinery's long wharf in Richmond caused a sheen of oil that spread from Point Molate to Brooks Island, according to a unified command for the spill that involved Chevron, according to the state Department of Fish and Wildlife's Office of Spill Prevention and Response, Contra Costa Health Services and the U.S. Coast Guard.

On a Zoom call with environmental and community advocacy groups, Richmond City Councilman Eduardo Martinez called the spill "another accident that could have been prevented" and said it is the latest mishap by the refinery to negatively impact Richmond.

"If it isn't prepared to manage an a even small spill, what would happen with something big?" Eichenberg asked.

He said, "We'd like to see the response agencies and oversight agencies do a better job of holding them accountable immediately after a spill like this," adding that many basic details about the leak and its cause haven't been released to the public two weeks later.

Chevron said in a statement following the spill that it "immediately initiated its response protocol, began working to isolate and contain the release, and notified all applicable agencies," and is cooperating with the investigation into the case.

Lizbeth Ibarra, a 16-year-old who said she has lived in Richmond her whole life and is a member of several advocacy groups like Youth vs. Apocalypse, said there is a "toxic relationship" between the city and Chevron.

"I was disappointed but I can't say I was surprised" by the latest spill, she said while calling for Richmond to transition the site to another use besides handling fossil fuels.

Andres Soto, an organizer with the organization Communities for a Better Environment, said any changes will have to come with the help of not just the city of Richmond and its community members, but also county, state and federal agencies.

His organization is hosting a town hall meeting next month on the topic of envisioning a future without a refinery in Richmond. The March 18 event will be held at 5:30 p.m. and more details about it can be found at https://actionnetwork.org/events/beyond-chevron-community-townhall-new-year-new-richmond.