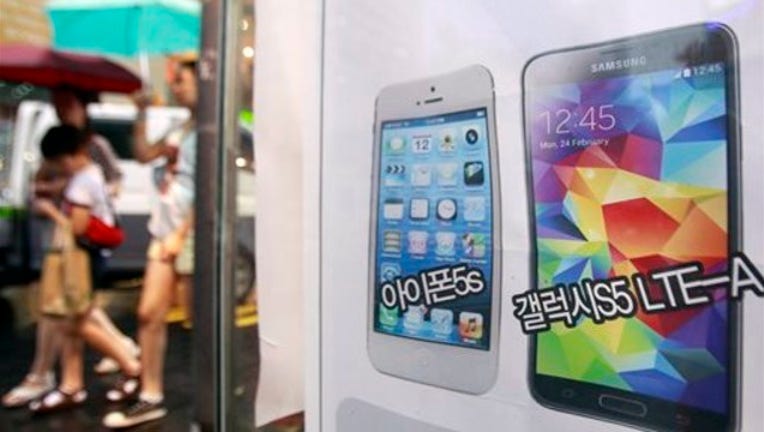 SAN FRANCISCO (AP) A federal appeals court has upheld a jury's finding that Samsung illegally copied some patented features in Apple's iPhone, but it sided with Samsung on one point that could reduce the $930 million in damages the South Korean company had been ordered to pay.

The ruling, coming three years after an epic courtroom battle between two tech industry giants, could mean yet another trial over a portion of damages representing more than a third of the total award. Legal experts, however, say the rivals may be more inclined to negotiate a settlement this time around.

"When this case was first filed, it was a big deal. But I don't think the litigation has served all the purposes that Apple and Samsung originally desired," said Michael Carrier, a Rutgers law professor who has followed the dispute closely.

In its decision Monday, the U.S. Federal Circuit Court of Appeals upheld most of the findings made by a California federal jury in 2012. The jury concluded that several models of Samsung smartphones and tablets had illegally copied the iPhone and infringed on some of Apple's patents for technology and design â?? including touch-screen controls that let users "pinch" or "double-tap" to shrink or enlarge an image. Although it upheld the patent claims, the Washington, D.C.-based appeals court said Apple wasn't entitled to damages for its claims that Samsung had copied the iPhone's "trade dress" or overall appearance.

The long-running case was one of several lawsuits in which Apple, Samsung and other tech companies locked horns in a global battle for pre-eminence in the smartphone market. Today the smartphone business is still booming, but the battles have largely shifted away from the legal arena.

While Apple won large monetary awards by arguing that Samsung copied some of its products, it had less success in persuading courts to issue injunctions that would have kept Samsung's versions off the market. But since then, the California company's latest iPhone models have been phenomenally popular and profitable while Samsung has lost ground in key markets to competitors ranging from Apple to China's Xiaomi.

Samsung and Apple agreed last year to settle all patent disputes still pending outside the United States. Some experts believe the companies were awaiting the outcome of appeals in two U.S. cases before settling here.

Monday's ruling orders a trial court in San Jose, California, to reconsider about $382 million in damages that jurors previously awarded for the "trade dress" claims, which involved six models of Samsung phones. Santa Clara University law professor Brian Love said Apple could still argue it's entitled to those damages, however, since the same models were also found to have infringed on patents.

The same case has already seen one retrial: After a judge cut $450 million from an original damage award of more than $1 billion, a second jury restored the total to about $930 million.

"This is a victory for design and those who respect it," the company said in a statement.

Samsung representatives did not immediately respond to a request for comment.