GODDARD, Kan. - With Christmas about a month away, authorities said a trio of animals found roaming together along a Kansas road was reminiscent of a Midwestern Christmas Nativity scene.

The Goddard Police Department on Sunday asked the public's help in locating the owners of a camel, a cow and a donkey, which officers described as “three friends traveling together (towards a Northern star).” 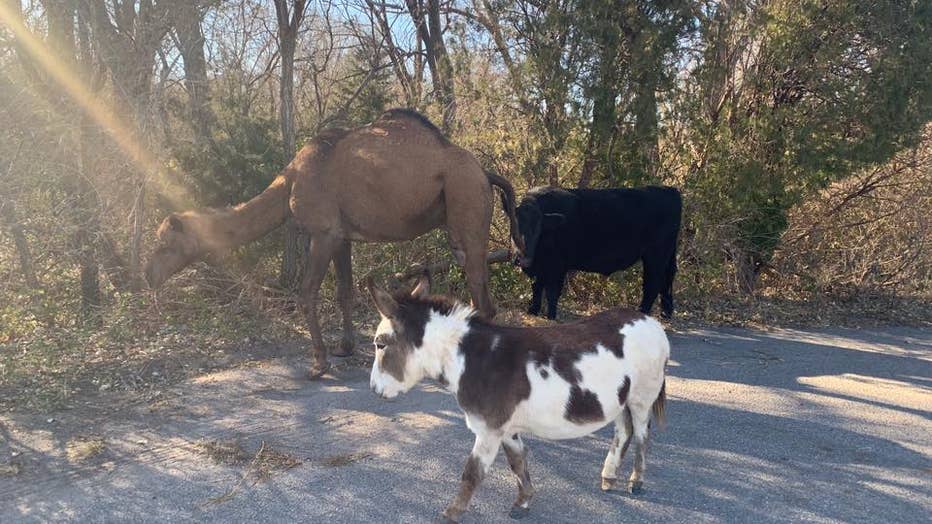 In a Facebook post, police said that if they couldn’t find the owners, they would be “halfway toward a live Nativity this Christmas season.”

As one would expect, the post led to a series of Christmas-themed jokes.

One Facebook user joked, "Are there names gold frankincense and myrrh?" Another asked, “Are there 3 wise looking men near?”

Police later notified the public that the animals had been claimed.

Authorities said the trio belong to an employee of a nearby wildlife park.

Goddard is about 15 miles (24 kilometers) west of Wichita.