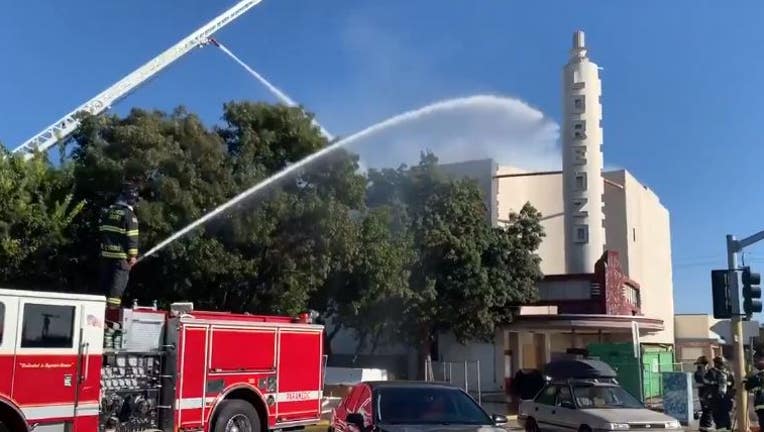 Crews battle a fire at the historic Lorenzo Theater in San Lorenzo, Oct. 23, 2020.

SAN LORENZO, Calif. - Crews are at the scene of a two-alarm fire at the historic Lorenzo Theater in San Lorenzo Friday afternoon.

Skyfox helicopter is flying above the address at 16080 Hesperian Blvd. for a better vantage point. Fire officials said they were at the scene by 3:40 p.m.

It is not clear how the fire began or if anyone is injured or inside the theater.

The theater caught fire back in June of this year.

The 73-year-old theater closed in 1982, according to cinematreasures.org, and the nonprofit organization Lorenzo Theater Foundation was formed in 1999 to work for its preservation and restoration.