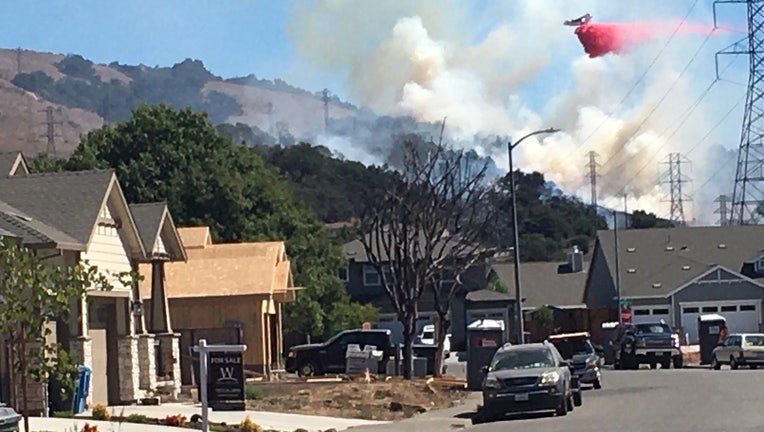 Several homes were threatened by the flames.

There were no mandatory evacuations ordered, but officials had warned residents in the area to be prepared in the event of evacuations.

The blaze, which burned near the 100 block of Ursuline Rd, began in the early afternoon.

As of 2:00 p.m., crews remain at the scene and are putting out hotspots.