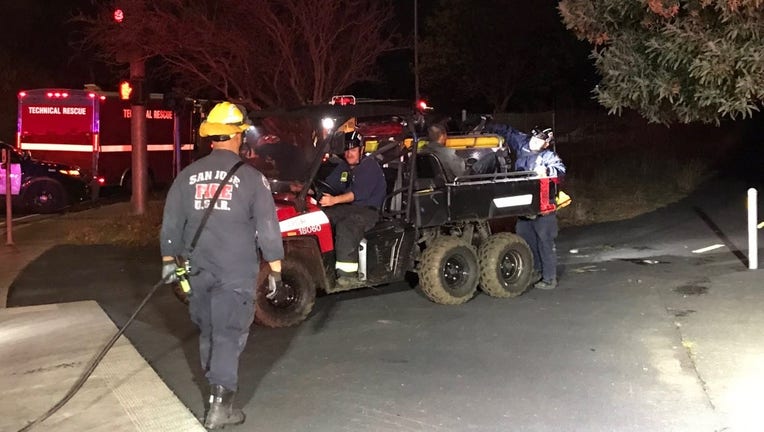 SJFD crews were dispatched to an unusual report of a person who crashed their car on a levee in the Alviso area. Coordinating with the San Jose PD AIR 3 helicopter, we were able to use our off-road vehicle to locate the driver, retrieve him, and take (San Jose Fire Dept.)

The driver, who was uninjured, had to be hosed down after being rescued about 11 p.m., according to the San Jose Fire Department.

The driver was reportedly trying to navigate a car down a bicycle path but the vehicle slipped into the water.

The Sunnyvale Fire Department first reported the wreck to San Jose firefighters, who sent a rescue team along with a helicopter assist from the San Jose Police Department.

The car was partly submerged, but the driver was able to get out on his own, fire officials said.

The driver of the vehicle was taken to a hospital with non-life threatening injuries, officials said. 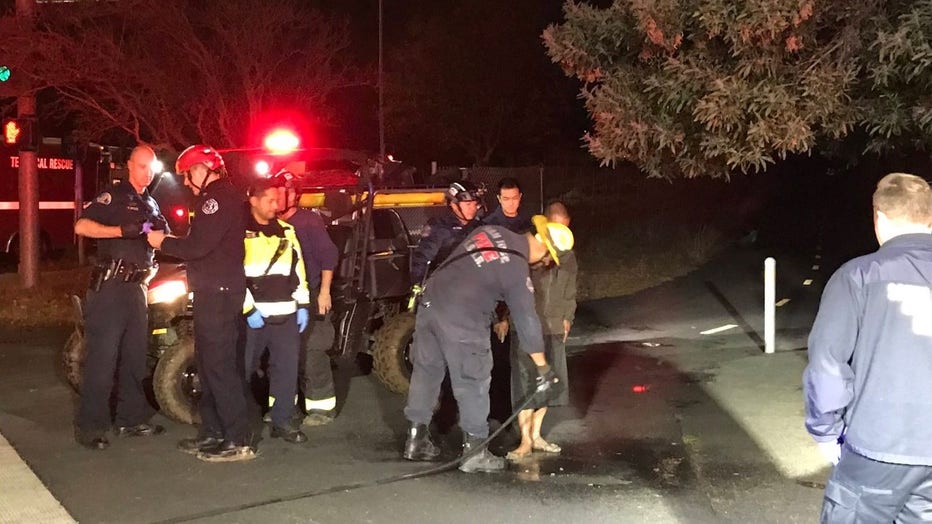 The levee is not designed for normal vehicle traffic, and was extremely difficult to negotiate due to our recent rains. Fortunately this incident only resulted in a damaged car, and a cold and muddy driver. (San Jose Fire Dept.)