From SkyFOX, crews with Pacific Gas and Electric Co. are seen making repairs equipment on a high voltage transmission tower on Friday, November 1. On Wednesday, October 23, the San Francisco-based utility filed an incident report with the California Public Utilities Commission saying they became aware that there was an equipment failure on the transmission line near where the Kincade Fire started.

SONOMA COUNTY, Calif. - Workers were spotted Friday scaling the PG&E transmission tower believed to be involved in the ignition of the Kincade Fire.

SkyFOX captured video of multiple PG&E trucks and about a dozen workers performing unknown maintenance or repairs on the tower near Kincade and Burned Mountain Roads. 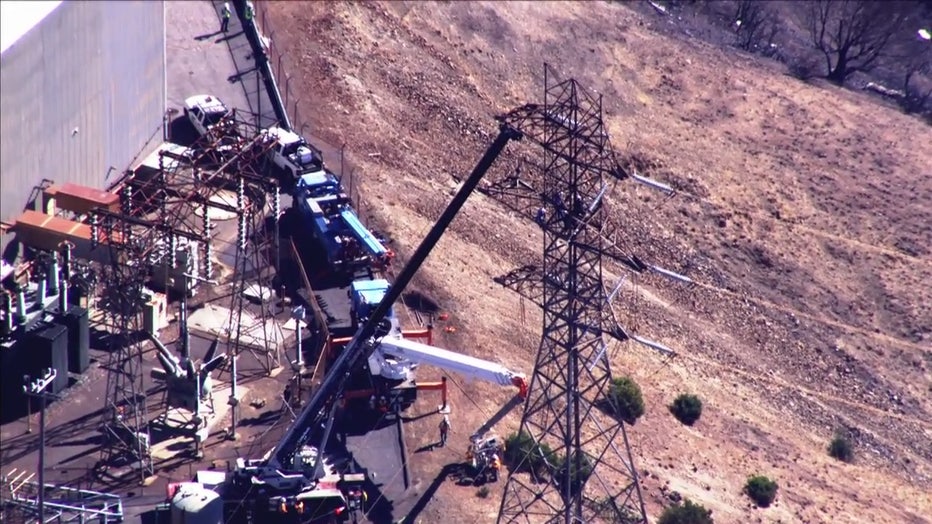 On October 24, one day after the Kincade Fire broke out, PG&E filed a report with the CPUC saying it discovered a broken "jumper cable" on a high-voltage tower in the area around 9:20 p.m. on the night the fire started.

A jumper cable connects the electrified lines that are held aloft by the tower's arms, transferring the electricity from one line to the other without touching the tower structure itself. 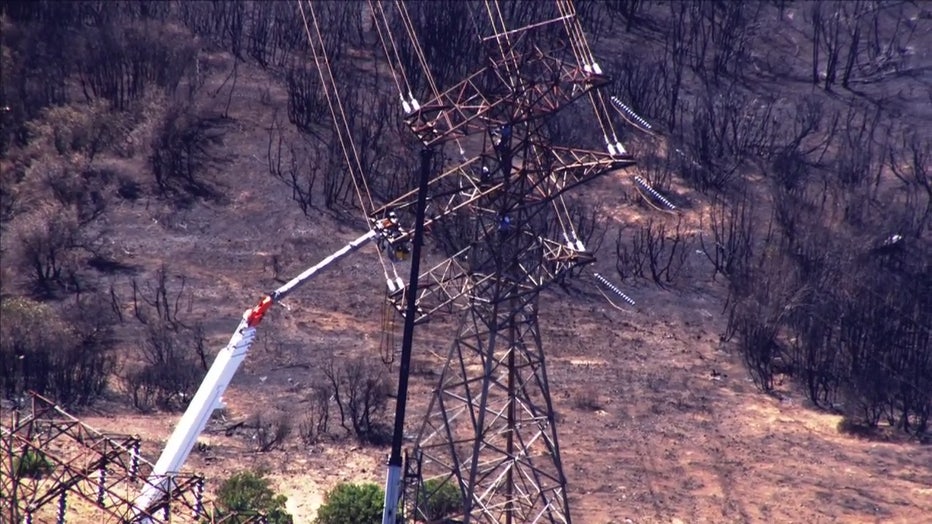 The utility is investigating whether the broken equipment contributed to sparking Kincade fire.

On Friday, a PG&E spokeswoman would only say that Cal Fire is investigating the cause, and PG&E is "cooperating with that investigation."