OAKLAND, Calif. - A red flag warning has been issued for parts of the Bay Area starting Tuesday night through Wednesday afternoon.

The National Weather Service (NWS) said gusty offshore winds and low humidity were expected to lead to critical fire weather conditions in areas of the interior North Bay mountains and portions of the East Bay Hills and Mt. Diablo range. 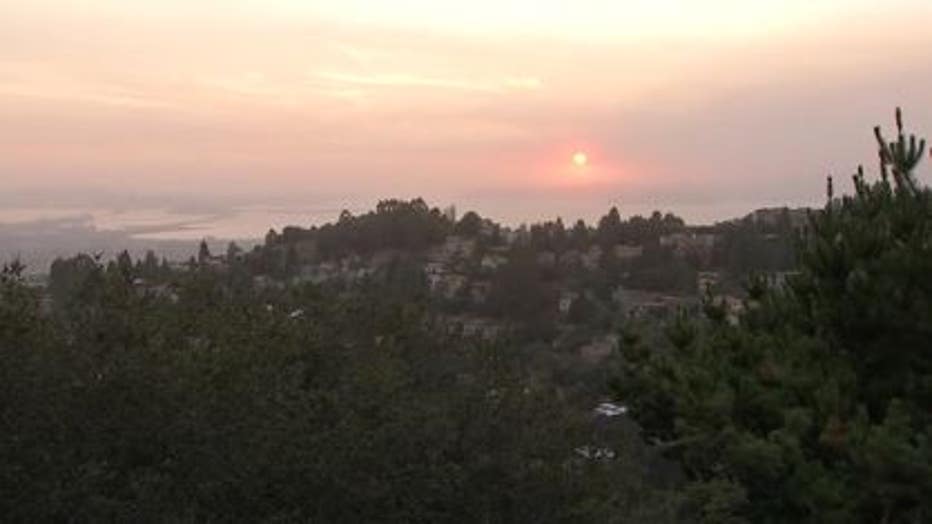 The windy weather this week was expected to affect the higher elevations, including the East Bay Hills.

The agency said that north to northeast winds were expected at 15-25 miles per hour.

The biggest threat was in the North Bay, where the wind gusts were forecasted to be significantly stronger. "The areas of greatest concern are across the hills and mountains of Napa County where minimum relative humidity values will drop into teens along with wind gusts up to 45 to 55 mph," the National Weather Service said in its alert on Tuesday. 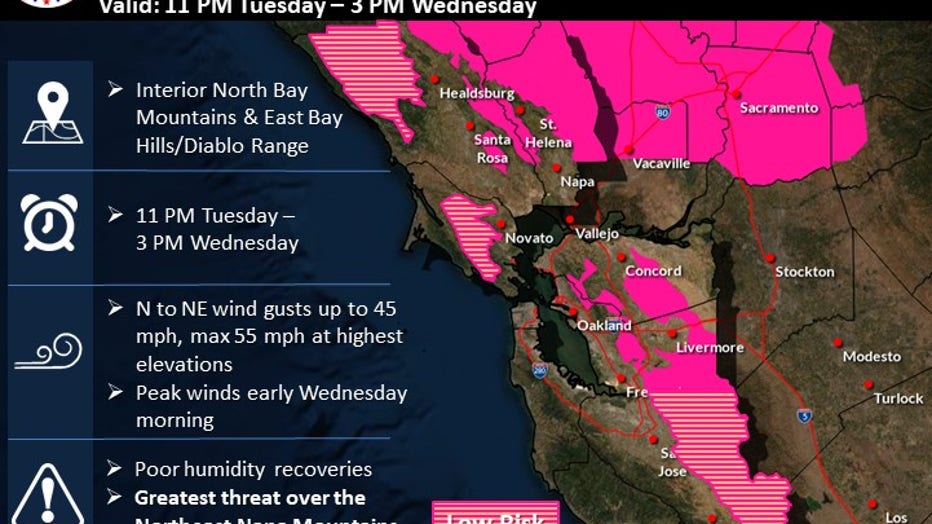 The agency also said that the conditions threatened areas of the interior hills of Sonoma County as well as the East Bay hills in Alameda and Contra Costa counties.

NWS officials added that the risk was greatly lower in Marin and Santa Clara counties.

Officials warned that any fire event would likely lead to rapid spread because of the extremely dry vegetation and low humidity coupled with the strong winds.

The Red Flag warning was set to go into effect starting Tuesday at 11 p.m. through Wednesday at 3 p.m.