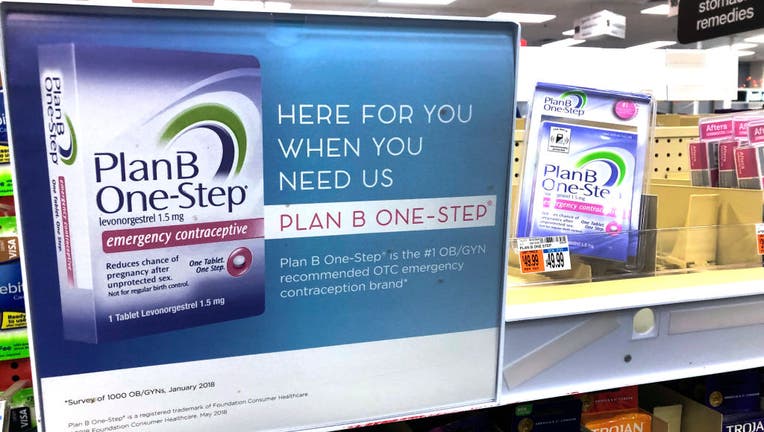 CVS, Walmart and Rite Aid announced they would be capping the number of purchases of emergency contraceptive pills due to a surge in demand stemming from the Supreme Court decision last week to overturn Roe v. Wade.

The pills were in short supply or out of stock on Monday morning on the retailers' websites, and now CVS and Rite Aid are limiting customers to three purchases of the product.

Walmart is capping purchases of the pills this week at four or six. The retailer had some pills available without purchasing restrictions, but only for pills that would not ship until next month.

CVS said in a statement it had plenty of pills online and in stores, but that it wanted to ensure "equitable access and consistent supply on store shelves," according to the Wall Street Journal. Rite Aid said it was imposing limits due to the increase in demand. Walmart has not addressed reports of its limits on pills.

Walgreens' website initially said there would be limits on the pills as well, but the company later revealed that the restriction was an error.

The pills, also referred to as morning-after pills, are often sold over-the-counter under the Plan B brand without an ID or prescription. The pills are to be taken up to three days after a woman engages in unprotected sex. The medication mainly works by preventing ovulation and, failing that, may stop a fertilized egg from attaching to the uterus.

They work by preventing ovulation or preventing a fertilized egg from attaching to the uterus.

The pills are different from abortion pills, which require a prescription and involve administering different pills over several weeks to terminate a pregnancy.

This comes after the Supreme Court ruled on Friday to overturn Roe v. Wade, meaning states can now make their own laws regarding the legality of abortion.

In the days following the ruling, some social media users urged women to stockpile contraceptive pills, while others cautioned against the move in fear that those in immediate need would not have access. Planned Parenthood encouraged women not to stockpile the pills because they have a limited shelf life.

The Wall Street Journal contributed to this report.