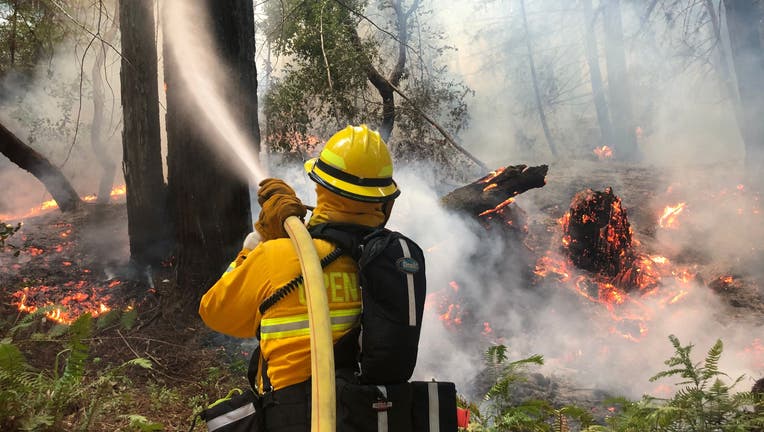 SAN MATEO, Calif. - After more than a month of burning, Cal Fire officials announced Tuesday evening that the CZU Lightning Complex incident is 100% contained. However, officials were quick to point out, that does not necessarily mean controlled.

Fire officials said they will continue to monitor the fire for smoldering areas.

There was one civilian claimed as a fatality in this blaze, which is minimal by comparison to California's other wildfires. However, it did destroy as many as 925 homes. Nearly 1,000 residents remain evacuated.

The wildfires have produced frighteningly, discolored skies from smoke and some of the worst air quality on record in the Bay Area. Not to mention, the record for the most consecutive Spare the Air days.

The lightning complex fires would later be dwarfed by the 851,061 acre August Complex Fire sparked on August 22 in Humboldt and Mendocino counties. That fire is at 38% contained as of Tuesday.

There are still evacuation orders in place for San Mateo County, but no evacuation warnings.

In Santa Cruz County, evacuation warnings and orders are still in place.

Officials said the repopulation effort continues to be complicated due to areas affected by the fire causing damaged utilities and compromised trees.

An earlier version of this story incorrectly stated said nearly 1,000 residents in total were evacuated from the fire and that 81 fire personnel was the cumulative of firefighters to battle this complex fire. A correction has been made. We regret this error.