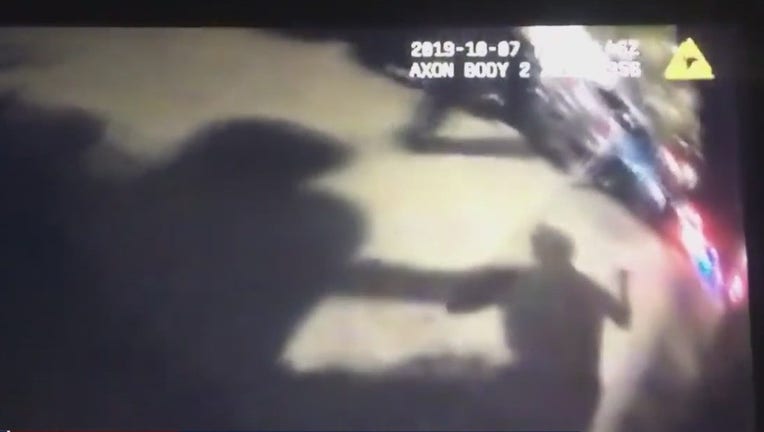 SAN FRANCISCO - An investigator in the San Francisco District Attorney’s office testified this week that she was told by prosecutors to remove exculpatory evidence from an arrest warrant in a police abuse case.

But even as Magen Hayashi told the court on Thursday that she was directed to take out certain parts of the arrest warrant affidavit for Officer Terrance Stangel, a judge in the case signaled she will not grant the defense’s motion to dismiss the charges.

The accusations come as opening statements in the high-profile excessive force case are set to begin on Monday – and give new insight into the inner workings of the district attorney’s unit that’s tasked with prosecuting cops.

Thursday’s courtroom theatrics are also being seized on by opponents of District Attorney Chesa Boudin while at the same time are largely being dismissed by his supporters. Boudin campaigned on holding officers accountable and has charged four officers in on-duty use-of-force cases since taking office in 2020. Stangel’s will be the first to go to trial.

"We need to be able to know and trust that the DA’s office is going to manage these cases correctly," said Brooke Jenkins, a former high-ranking prosecutor under Boudin who recently quit to join the recall campaign against him. "Conduct of this sort by the DA’s office puts at risk legitimate prosecutions of alleged misconduct in the future."

But Adante Pointer, a Bay Area Civil Rights attorney who represents clients who are victims of police brutality, said the defense’s efforts to dismiss the charges are meritless.

"It smacks of the same playbook that we see in other Civil Rights cases – in any case where officers are taken to task," he said.

The judge in the case, Teresa Caffese, has issued a gag order and none of the parties involved can discuss the case with the press.

The courtroom drama began when prosecutors called Hayashi to the witness stand after filing a motion to dismiss the case against Stangel last week – claiming the prosecution had committed misconduct by not turning over evidence in the case.

Stangel is charged with assault with a deadly weapon, battery with serious bodily injury, and assault under color of authority related to a run-in with Dacari Spiers on October 7, 2019.

Stangel was responding to a 911 call about a domestic violence attack allegedly involving Spiers and his girlfriend.

Hayashi testified on Thursday that the prosecutor in the case told her to remove parts of the arrest warrant for Stangel that described Spiers abusing his girlfriend by a 911 caller before police arrived.

"I was told to remove sections – that it wasn’t relevant," Hayashi said, adding that she felt pressured to sign the amended warrant and that "It was a general understating if you don’t sign these things, you’ll be fired."

Caffese, however, said Hayashi’s testimony doesn’t necessarily show there was any suppression of evidence. She said the sections in the affidavit relate to an ancillary investigation into Spiers and not the officer.

Spiers was never charged in the case, though Stangel’s attorneys argued that prosecutors didn’t cooperate in the investigation and failed to turn over information to the San Francisco Police Department that could have assisted in their investigation.

Opening statements in the case against Stangel are scheduled for Monday.