WALNUT CREEK, Calif. - The Contra Costa County District Attorney’s Office on Friday announced prosecutors will not charge two officers in the 2019 fatal shooting of a Black, schizophrenic man, prompting his family's civil rights attorneys to ask the newly appointed Attorney General to take up the matter.

DA Diana Becton said there is "insufficient evidence to support a criminal prosecution" of Officer KC Hsiao and Officer Melissa Murphy stemming from the shooting death of 23-year-old Miles Hall. No charges will be filed against any officer involved in this shooting, she said, confirming what a source told KTVU on Thursday.

However, Becton made her decision based on the old law, because the shooting occurred before the new law took place.

In explaining her decision, Becton said she believed the officers' accounts that they felt they were in "imminent danger" because of Hall's actions and his prior threatening behavior, and therefore using deadly force was reasonable. 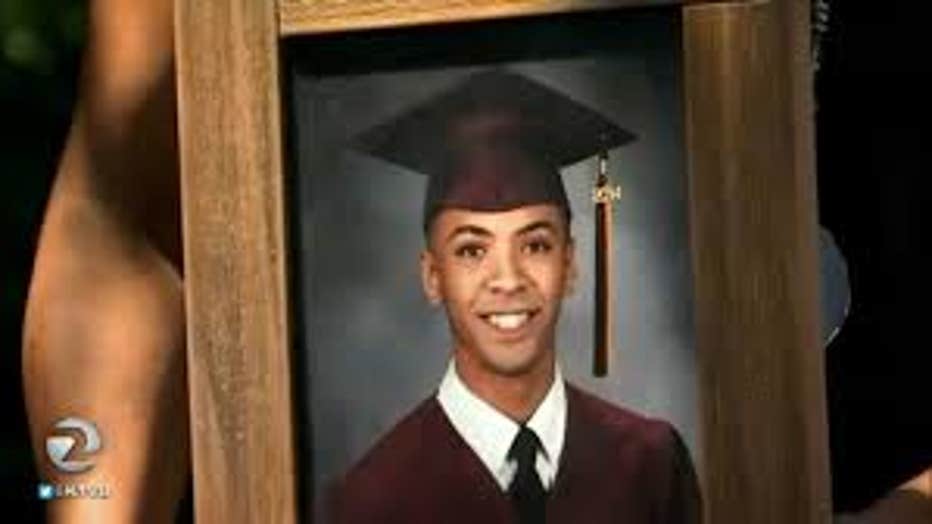 Last week, in a separate case, Becton charged Danville Officer Andrew Hall with voluntary manslaughter and assault in the death of an unarmed, mentally ill man, ending a 2 1/2 year-long investigation into the death of Laudemer Arboleda.

In response to the Hall case, the family's attorney, John Burris, called on AG Rob Bonta and the US Attorney General to open new investigations. Bonta has touted himself as a progressive law enforcement officer who will hold the police accountable. His office was not immediately available for comment on Friday.

"The next step for the Hall family will not be an easy one, but it will be to ask California’s new Attorney General, Rob Bonta, and the new AG with the Department of Justice, Merrick Garland, to step in and review this case," Burris said. "We are not finished fighting for justice and accountability in the killing of Miles Hall."

Hall's mother, Taun Hall, said that after waiting nearly two long years of "waiting anxiously for the conclusion of what we had hoped would be a thorough, unbiased, factually accurate investigation, we learned that there will be no justice and no accountability for the indefensible actions that resulted in our son’s death -- at least not today."

Her son had no criminal history.

A few years back, Taun Hall said she had intentionally befriended police to let them get to know her African-American son with schizoaffective tendencies when she moved to the mostly white city.

Meanwhile, for the first time, Becton laid out her decision for not filing charges, recounting what happened from her office's point of view.

On June 2, 2019, at 4:40 p.m., the California Highway Patrol got an emergency call from Hall's grandmother about a disturbance at his home in Walnut Creek.

At approximately the same time, a neighbor also called 911 about a disturbance at the same home.

The neighbor saw Hall running outside and pounding on their front door and was carrying a black steel digging tool. Taun Hill said that tool was a gardening tool the neighbors bought for him as a gift, knowing that he loved to help his grandmother in the garden.

Becton said the tool was 4 feet 11 inches long and weighed 15 pounds. Another witness also called 911 and reported Hall chased their vehicle on foot as they drove through the neighborhood.

At 4:51 p.m., the initial two officers arrived on the scene to respond.

Records show they knew Hall and had a plan to approach him, none of which discussed the use of force or guns.

The four officers discussed how they would respond once they encountered Hall. All four officers were aware of a previous incident where Mr. Hall had brandished a knife at Walnut Creek police officers, and they used less than lethal force to take him into custody for a mental health hold, the DA said in her report.

Officers gave Hall commands to stop running and to drop the digging tool. Hall did not respond to those commands and began running in the general direction of the officers with the digging tool in his hand.

In a prior interview, Taun Hall told KTVU that her son was simply scared and not charging at police. If only the officers had just stepped back and let him pass through to return home, she said. He used to play football at Los Lomas High and was a pro at zig-zagging to dart away from his opponents, his family said.

But officers knew none of what was going on in Hall's mind.

Officer Matt Smith, armed with the less than lethal beanbag shogun, fired four rounds at Hall in an attempt to stop him, the DA said, and the young man continued to run in the officer’s direction.

At this point, Officers Hsiao and Murphy discharged their department-issued handguns.

Ultimately, Hall was struck by four rounds and fell to the ground.

Hall was restrained in handcuffs and the officers began performing life-saving measures until the paramedics arrived. Hall was taken to John Muir Hospital and was pronounced dead.

Adam Bercovici, a best practices police expert who used to be a lieutenant for the Los Angeles Police Department, does not know the particulars of Hall's case.

But in general, he said that police can't always be held to plans because: "A good plan never goes according to plan."

However, Bercovici also said that in most cases, police don't have to pull out their weapons as Plan B, either. There are many steps to try before that, he said, including in this case, where officers could have stepped back, creating a wider perimeter.

"There's nothing wrong with a tactical retreat," he said.