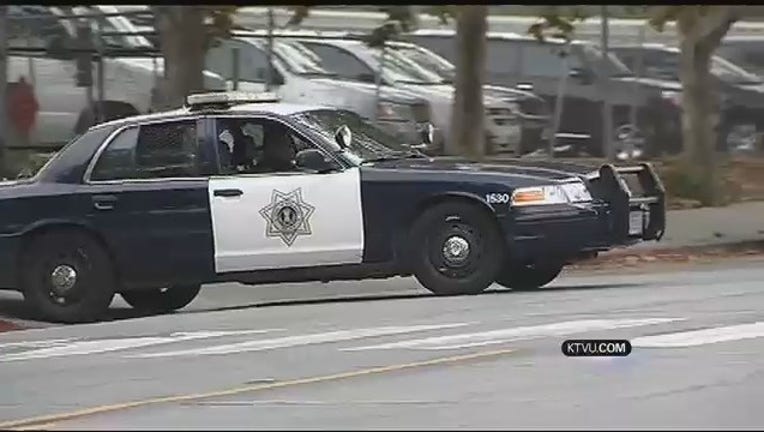 Okuna "used reasonable force" in shooting Showman because of the close proximity between them, the tool's appearance as a gun, and Showman threatening other officers with the drill, according to the district attorney's office.

Showman was alone at her father's home in the 700 block of Blossom Hill Road, where she called 911 around 10:30 a.m. that day to report that she had an Uzi she would use to shoot her mother and brother, prosecutors said.

She spoke with a 911 operator for about 20 minutes, claiming that she was holding her mother and brother hostage in a back room of the home. The operator told her to leave the gun in the home and go outside, prosecutors said.

Arriving officers saw Showman step outside the home with the power drill in her hand. Okuma, who was armed with an AR-15 rifle, ordered Showman to put the weapon down but the suspect refused and pointed the drill at the officer, prosecutors said.

Okuma, a 13-year veteran of the department at the time, was qualified to carry and use the rifle, according to the district attorney's office.

Okuma feared she would be killed by the suspect and fired a single round at Showman, striking her upper torso. A video from a witness who recorded the incident showed Showman was 30 feet away from Okuma when the shooting occurred, prosecutors said.

Showman was transported to a hospital, where she was pronounced dead that afternoon, prosecutors said.

Officers searched the home and found no one was inside, prosecutors said.

An autopsy on Showman revealed she died of the gunshot wound and had "therapeutic levels of her prescription medicine in her blood," a report from the district attorney's office states.

Showman was diagnosed with bipolar disorder when she was 6 years old and took multiple medications to stabilize. She had a violent history with her family and made numerous suicide attempts in 2013 and 2014, prosecutors said.

Showman, whose parents had separated, was living with her mother when on Aug. 12, two days before the shooting, she was locked out of the home because she had been caught stealing, according to the district attorney's office.

Showman's father agreed to have his daughter stay with him at a place he was renting in the 700 block of Blossom Hill Road. Her father left the property early that morning, leaving Showman alone at home, according to prosecutors.

The district attorney's office's review of the case showed the drill had its bit removed and multiple witnesses reported the tool looked like a gun, prosecutors said.