Two D.C. police cars were totaled after officers decided to drag race each other, according to an internal email obtained exclusively by FOX 5’s Lindsay Watts.

WASHINGTON (FOX 5 DC) - Two D.C. police cars were totaled after officers decided to drag race each other, according to an internal email obtained exclusively by FOX 5’s Lindsay Watts.

"Yesterday two 6D scout cars were totaled because officers decided instead of fighting crime, patrolling their beats, or engaging the community – they decided to drag race each other on Anacostia Avenue at 5 pm in the evening," reads the email from 6D Commander Durriyyah Habeebullah.

Sources say the email was sent to command staff following the crash Thursday.

"What does this say to all the members of MPD who are passionate about their job and work hard every day to make a difference. This is not fair to any of us," the email goes on to say. 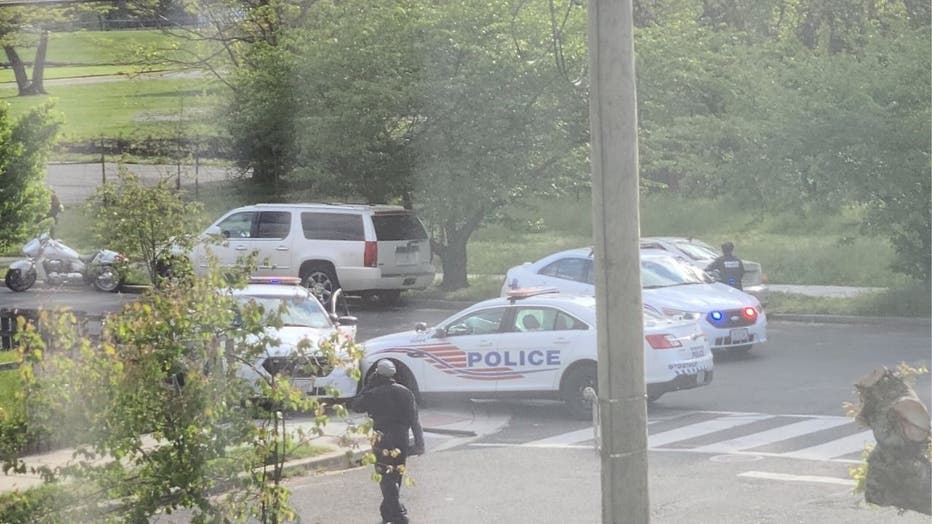 DC Police would not provide the incident report Sunday because the department only provides traffic reports through FOIA.

Sources tell FOX 5 the officers involved, who are new to the department, started racing each other on Anacostia Ave. NE near Kenilworth Park & Aquatic Garden and reports indicate they were traveling at least 60 mph.

FOX 5 has requested a statement from Mayor Muriel Bowser and Chief Robert Contee regarding the incident and the employment status of the officers involved.

Habeebullah’s email goes on to say that when she talked to Chief Contee about what happened, he told her about a citizen who witnessed an MPD van heading to a shooting scene Thursday traveling at least 90 mph.

"What good are officers to their fellow officers if they don’t arrive safely or they total vehicles that we need to do our job," she wrote.

Habeebullah said she was holding command staff responsible to have discussions about speeding and driving recklessly with officers.