The Contra Costa County Sheriff's death inquest of how Tyrell Wilson died is re-igniting a California debate over whether sheriff's departments and coroner's offices should be separated.

MARTINEZ, Calif. - The Contra Costa County Sheriff's death inquest of how Tyrell Wilson died is re-igniting a California debate over whether sheriff's departments and coroner's offices should be separated.

Speaking at a small rally on Friday outside the coroner's building in Martinez, father Marvin Wilson, civil rights attorney John Burris and family members of those who have been killed by police demanded the passage of a bill that would separate the duties of the coroner and the sheriff.

"I'm speaking for him because he can't speak anymore," Marvin Wilson, a 30-veteran of the Orange County Sheriff's Office, said of his son. "I don't want him to be painted in a negative light. The sheriff needs to be held accountable."

Hours later the coroner's inquest determined his son died at the hands of another person, in other words, a homicide.

That wasn't a surprise.

The 33-year-old Wilson, who suffered from mental illness, was killed in March 2021 when former Danville police officer Andrew Hall shot him.

The young Black man was suspected of throwing rocks at passing cars on the freeway and pulled out a small knife when Hall approached him, though he never lunged toward the officer, video at the scene shows. Police never proved he had been the one throwing rocks at the cars.

This spring, Hall was sentenced to six years in San Quentin State Prison for shooting another mentally ill manin Danville in 2018.

But the Contra Costa County District Attorney has not yet made a decision on whether Hall will be charged with Wilson's death.

Tyrell Wilson's death inquest lay the groundwork for advocates to discuss another topic: Separating the duties of the sheriff and the coroner. 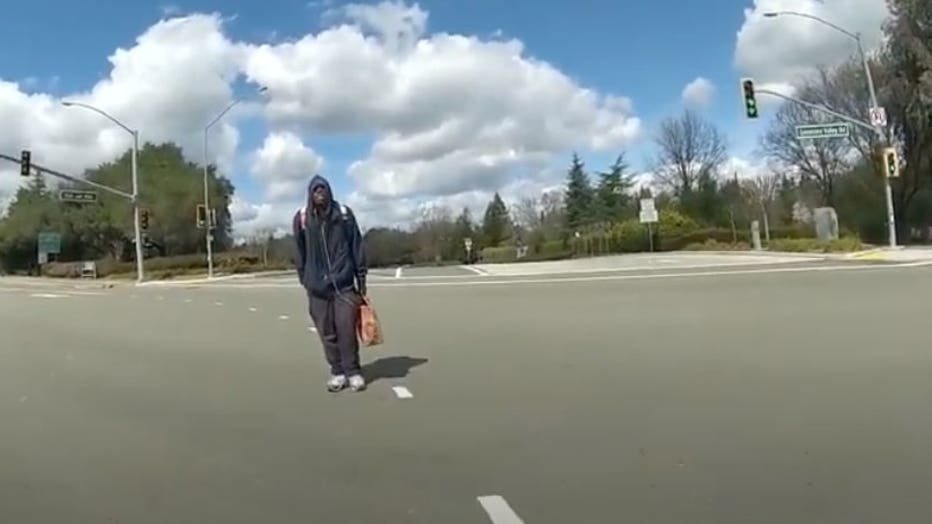 Tyrell Wilson was killed by a Danville police officer on March 11, 2021.

All 58 counties in California have a sheriff’s department.

But only 10 – including in San Francisco and Santa Clara County – have separate coroner or medical examiner’s office.

Advocates say making the coroner independent of the sheriff increases transparency, removes potential conflicts of interest, and increases objectivity in the process of determining the cause of death, including those that occur at the hands of police or in jail.

But the California State Sheriff’s Association – the only formal opponent to the bill – says the AB 1608 is "heavy-handed and disregards local control."

Their key argument is that the sheriff-coroner approach is cost-effective and "enjoys the benefit of operational and budgetary efficiency."

Separating these offices, the association said, will "drastically increase county costs" by requiring each county to create an independent coroner's office with no funding attached to the proposal."

An inquest is an inquiry into the circumstances of a death. The purpose is to find out how, when and where a person died and to provide the details needed for their death to be registered officially. Not all counties hold such inquests.

In Contra Costa County, medical professionals conduct the autopsy, but the results are signed off by the sheriff and the inquest hearing is also administered by the sheriff's office.

Robert Collins, the stepfather of Angelo Quinto, stood by Marvin Wilson's side, lambasting the inquest process as long as the Contra Costa County Sheriff's Office is in charge.

His stepson's death was ruled an accident during a similar coroner's inquest last August after Antioch police restrained him, by putting the 30-year-old's face down on the floor in a prone position. Quinto had also suffered from mental illness and his family had called 911 for help.

In his stepson's case, Collins pointed out that only the pathologist who conducted the autopsy and law enforcement officers were called to testify – and not family members who saw what actually happened.

The family has long contended that Quinto died as a result of restraint asphyxia as he was held down on the floor for several minutes. The technique has been criticized by use-of-force experts around California.

"It's biased," Collins said of the current process. "The sheriff and the coroner are one. You're asking the agency that committed this crime to investigate itself. That's a problem."