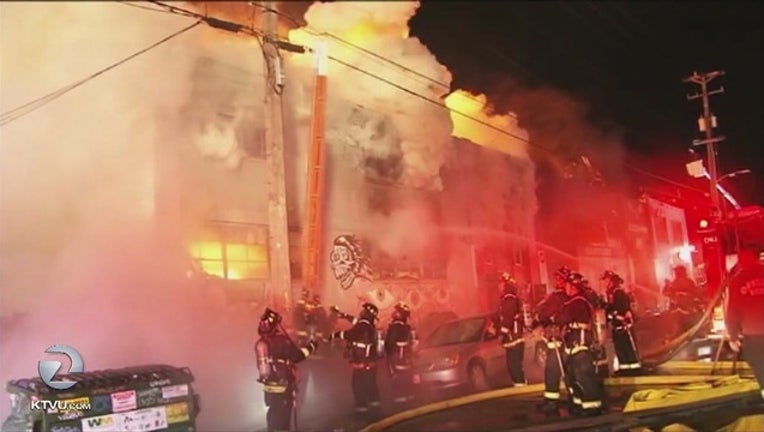 At a recent hearing, Judge Trina Thompson, who was later appointed to handle the case, indicated that she expects the trial to be lengthy, as she talked to the attorneys in the case about their availability the last week of August.

But Harris' attorney Max Briggs wrote in a motion he filed on Tuesday that he wants to delay the trial for 180 days so he has time to investigate what he said are "recently discovered facts which considerably
impact defense strategy."

Briggs said, "The first issue cannot be discussed publicly or shared in detail with the public or prosecution as it would impede Mr. Harris' defense, involve improper disclosure of defense work product and could interfere with my investigation if specifics were reported in the media."

Although the attorneys in the case were told to keep their calendars clear for the trial of Almena and Harris, Briggs said another reason he wants the trial to be delayed is that he's scheduled to begin a
trial on what he said is a "life case" in San Mateo County next Monday, a misdemeanor trial in San Joaquin County on April 19 and a death penalty trial in Fresno County on April 29.

Briggs said he's also scheduled to begin the retrial of another life case in Mendocino County on April 29.

"Without a 180-dsy continuance Mr. Harris will be deprived of reasonably effective assistance of counsel and will not receive his Sixth Amendment right to counsel," he wrote.

On Friday, Thompson will hold a hearing on Briggs' motion to delay the trial as well as a defense motion to dismiss the charges against Almena and Harris on the grounds that potentially exonerating evidence was destroyed, lost or altered under the watch of prosecutors.

Thompson previously said she expected the hearing on that issue alone would take a full day.

Almena's lawyer Tony Serra filed a motion last week asking that prosecutors be prohibited from making references to negative information about Almena, such as his use of drugs, including methamphetamines, that his children were temporarily placed with Alameda County Child Protective
Services and that he has a misdemeanor conviction for receiving stolen property.

Serra said he also wants prosecutors barred from mentioning that Almena "pretended, as a joke, that he was Hitler and Harris was his Jewish slave."

In addition, Serra wrote that he wants to bar "any reference to the warehouse or Ghost Ship that calls it a fire trap or synonym or any opinion or conclusion regarding the unsafety of the premises."

Serra said introducing such information would "create substantial danger of undue prejudice, of confusing the issues, or of misleading the jury."