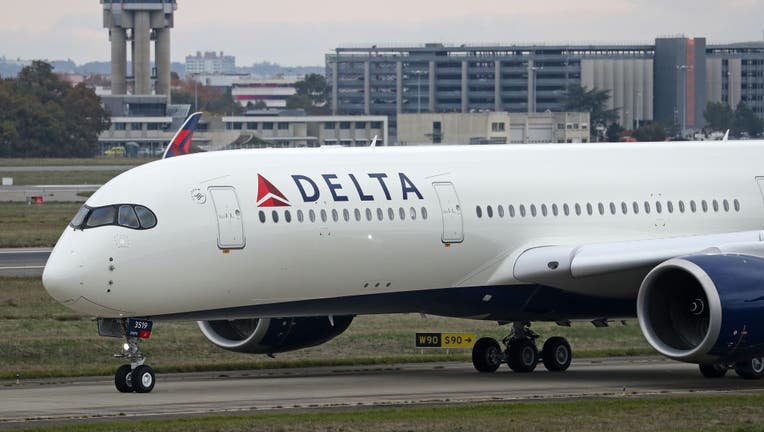 Test at Toulouse Blagnac airport of the Airbus A350-941 neo before being delivered to Delta Airlines, in Toulouse on 08th December 2022. -- (Photo by Urbanandsport/NurPhoto via Getty Images)

Some Delta Air Lines passengers may be able to log on to the internet for free by early next year.

In a move to gain an edge over competitors, the airline is expected to roll out free wireless internet for a significant portion of its planes in early 2023 before expanding the service to other aircraft throughout the rest of the year, people familiar with the matter told The Wall Street Journal.

Delta Air Lines declined to comment on the report. However, a spokesperson for the carrier told FOX Business that it is already "in the process of testing Wi-Fi infrastructure with various offerings to select customers on select routes."

Those customers will be notified if they have the option on their flight, Delta said.

Currently, the airline offers a variety of Wi-Fi passes and subscriptions for customers to purchase for use on board.

Frequent flyers can get a monthly domestic plan for $50 and a monthly global plan for $70.

Providing passengers with free Wi-Fi is an initiative Delta has been working on for several years. In 2018, CEO Ed Bastian said during a Skift Global Forum that the airline was trying to figure out how to make this possible.

"We haven't figured out how yet but the thing we're going to get to is how to make it {Wi-Fi] free," he said.

In 2019, the airline tested it out on dozens of domestic flights, according to multiple reports. Two years later, the carrier teamed up with Viasat Inc. to offer enhanced connectivity.

Earlier this year, the airline tested Elon Musk's Starlink as a means to supply Wi-Fi connections, the Journal reported.

Delta isn't alone in this initiative.

Last April, Hawaiian Airlines announced that it was the first major carrier to finalize an agreement with Starlink to provide complimentary high-speed, low-latency broadband internet access onboard flights between the Hawaiian islands and the continental U.S., Asia and Oceania.

Hawaiian and Starlink expect to begin installing the product on select aircraft next year.

Read more of this story from FOX Business.