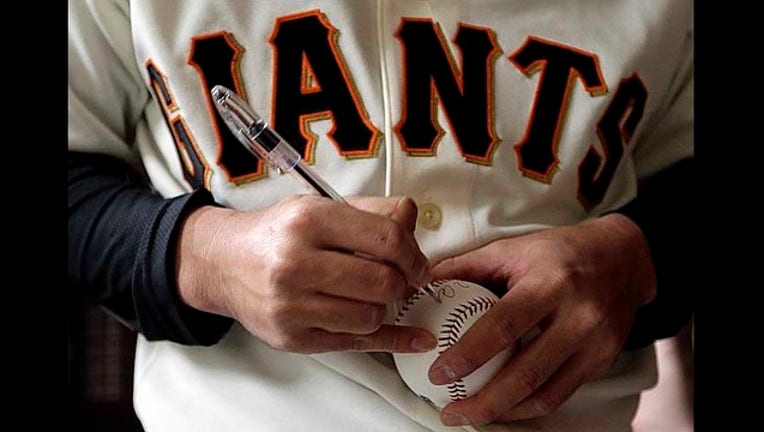 NEW YORK (AP) — The Los Angeles Dodgers set a baseball record with a $270 million opening-day payroll, including nearly $44 million going to players no longer on the team.

Major League Baseball's average salary on opening day Sunday also set a mark at $4.2 million, according to calculations by The Associated Press. That is up 6.3 percent from last year's opening average of $3.95 million and is a 15 percent rise over two years.

"It's a shocking number for the average family to think about," Texas Rangers general manager Jon Daniels said. "But overall it's a good thing. It's a reflection of the health of the sport."

The Dodgers' payroll, up from $234 million at the start of last season, includes $43.8 million for 2015 to cover the costs of Brian Wilson and Dustin McGowan, who were released; Matt Kemp, Dan Haren and Dee Gordon, who were traded; and Chad Billingsley, who was owed a buyout when his option was declined.

"The Dodgers' ownership and the front office have done a great job of collecting players, and they've shown that they're willing to spend money for what it takes to win and what they deem is the best team," Los Angeles catcher A.J. Ellis said.

Washington was sixth at $166 million — more than $100 million less the Dodgers.

"Me, probably like the majority of guys in here, came from a middle-class family. My father was a police officer, my mother worked in school system, and if you would have told me that one day I'd be making the type of money that I'm making now, I would told you that you're crazy and laughed at you," New York Mets captain David Wright said. "It's pretty surreal, but to be honest with you, I'd like to think that I don't think about it that much. You play the game, I still haven't thought about this as like a job."

The average of $4,199,030 would have been even more if high-priced Cuban rookies Yasmany Tomas and Rusney Castillo had not been demoted to the minor leagues and if Cody Ross had not been released by Arizona. The average also was depressed by 115 players on the disabled list, 14 more than at the start of last season, which causes teams to fill their spots with lower-priced players.

Among the major North American leagues, the NBA has the highest average salary at $5 million this season, according to its players' union. That figure is boosted by the league's maximum roster of 13 active players per team.

Average and median salaries decline over the course of the season as veterans are released and replaced by younger players making closer to the minimum. The players' association calculated last season's final average at $3.82 million, about $90,000 more than MLB's figure.

The AP's figures include salaries and prorated shares of signing bonuses and other guaranteed income for 868 players on active rosters and disabled lists and three on the restricted list. For some players, parts of deferred money are discounted to reflect current values.

Payroll figures factor in adjustments for cash transactions in trades, signing bonuses that are the responsibility of the club agreeing to the contract, option buyouts and termination pay for released players.