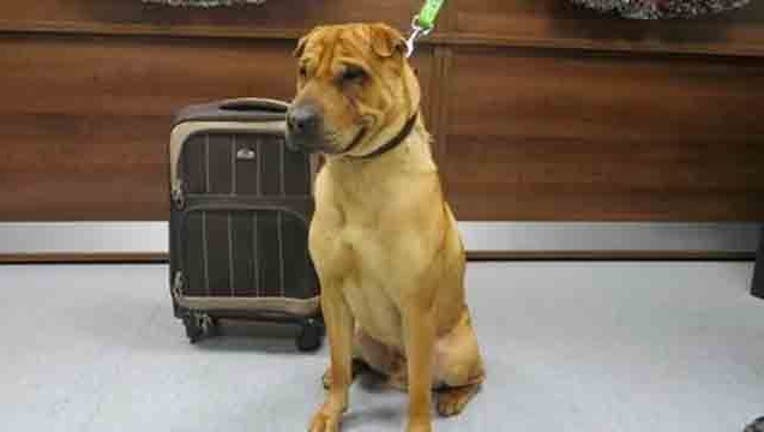 SCOTLAND- A dog who gained worldwide attention after being left at a Scottish railway station with a suitcase, has found a forever home.

Kai, a Shar-Pei was found tied to a railing outside of the Ayr Railway Station in early January.

Next to Kai sat a suitcase that contained dog food, a pillow and some dog toys.

Kai was taken to the Glasgow Animal Rescue and Rehoming Centre, where hundreds of people applied to adopt him.

People as far as New York, Los Angeles, France, Spain and the Philippines had offered forever homes for Kai.

According to the Scottish SPCA, 52-year-old Ian Russell of Newton Mearns in East Renfrewshire was selected from the pool of applicants as Kai's new owner.

"It feels like fate that I've been able to rehome Kai and I'm not usually a believer in things like that. I'm over the moon and very shocked that I was chosen out of everyone who wanted him," he said.

Russell was selected because SPCA employees believed he would provide a loving home for Kai.

"One of the reasons we chose Ian was right from the start he said he was interested in rehoming Kai but he would take our advice if we thought one of the many other dogs in our care would suit him better," said Scottish SPCA senior animal care assistant Alan Grant.

According to the Scottish SPCA, they learned Kai was left at the railway station when an Internet sale went wrong. They are still investigating the circumstances.