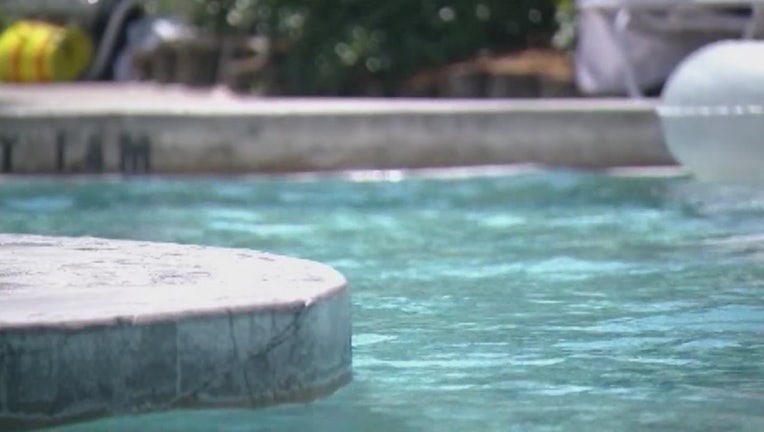 A family’s beloved pet dog nearly drowned after falling into a backyard pool when the owners weren’t home. Fortunately, another dog was around who noticed the problem and saved the day.

The incident happened at a home in Boksburg City in South Africa, Southwest News Service (SWNS) reports. Byron Thanarayen, the pets’ owner, told the news outlet that he and his wife were initially confused when they returned home and found the dogs wet.

RELATED: ‘I was an easy sell’: Police captain adopts abandoned dog found in dumpster outside station

"We tried to look for clues as to where he could have wet his head," he told SWNS. "We thought maybe he dipped his head in the water, but there was no mess in the house to support this suggestion."

The family decided to check their security cameras, which is when they discovered that the smaller dog, Chuky, had fallen into the pool. Fortunately, the larger dog, Jessie, was nearby and worked to lift Chucky to safety.

"It was heart-wrenching to watch," Thanarayen said. "We still struggle to watch that video today, just thinking of what could have happened if Jessie was not there."

RELATED: Community rallies together to help reunite litter of stolen kittens with mom

It reportedly took Jessie 34 minutes to successfully lift Chucky out of the pool. Apparently, the smaller dog’s wet fur kept causing it to fall out of Jessie’s mouth.

Thanarayen continued, "I'm really proud of her, considering she is the youngest. Our dogs know how to swim but they always swim with us and not when we are not with them."

Since this incident occurred, the family has said that they are installing a fence around the pool.