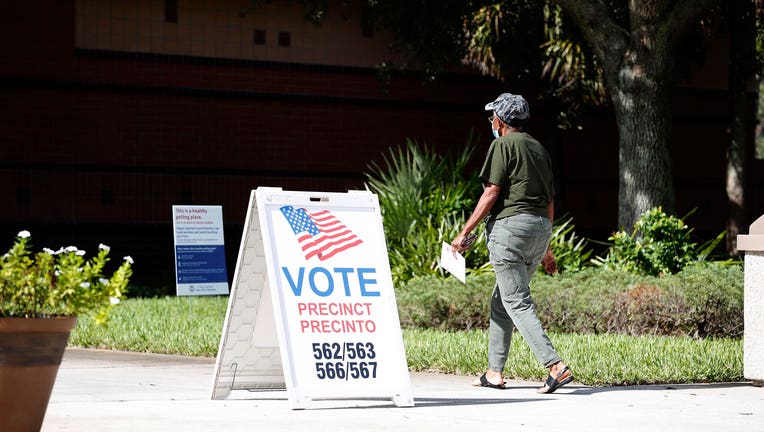 A voter enters a polling precinct to cast their ballot in Florida's primary election on Aug. 18, 2020 in Tampa, Florida. (Photo by Octavio Jones/Getty Images)

PHOENIX - Vote-counting machine maker Dominion Voting Systems is filing defamation lawsuits against right-wing broadcasters and a prominent Donald Trump ally over their baseless claims that the 2020 election was marred by fraud.

Dominion says their false claims that the company rigged the election for President Joe Biden have cost it $1.6 billion in lost profits, company value and reputational damage.

OAN founder Charles Herring did not respond to a message seeking comment. A spokesman for Newsmax says the lawsuit is an attempt to squelch its reporting. Byrne responded with a graphic that did not address the allegations.