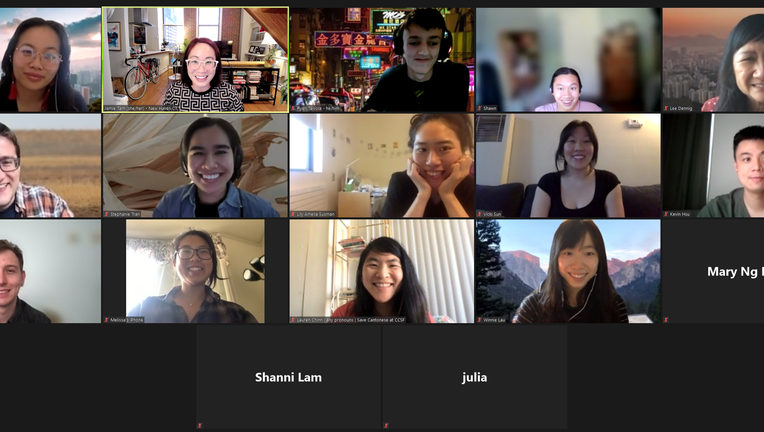 SAN FRANCISCO, Calif. - A 68-year-old man decided to take Cantonese lessons at City College of San Francisco to better communicate with his aging 92-year old mother. Unexpectedly, his mother was thrilled and was eager to help him with his homework.

"In our daily conversations, she is always asking about my class and trying to help me with my homework. These experiences themselves are enough reason for me to continue to take Cantonese," wrote Brenk Lok in a testimonial.

City College in San Francisco and Stanford University are two of only 20 colleges in the nation that provide Cantonese classes, according to the Cantonese Language Association at Brigham Young University. Those classes were almost canceled this fall and their future on the campuses is uncertain, despite the mobilization of students and alumni.

These grassroots organizers founded two separate "Save Cantonese" campaigns after they discovered that Cantonese classes at their respective schools were canceled indefinitely in December and May.

Losing those classes would be a major loss in the Bay Area where Cantonese is widely spoken among immigrants from southern China.

More than 900 people petitioned to save Cantonese classes at City College, Stanford received more than 4,000 signatures, according to campaign organizers.

SEE ALSO: The untold story of a Chinese cemetery in San Francisco

Basic and intermediate conversational Cantonese classes are available in both schools in the fall. While registration is not opened in Stanford until Sept. 1, both classes at City College, which started this week, are completely full.

However, the future of the classes remains uncertain after this school year. The "Save Cantonese" organizers are fighting for a permanent Cantonese program.

Students were devastated when they learned about the class cut. Pages of testimonials from students were gathered from both campaigns to show how much the class meant to them.

For some, the class allowed them to reconnect with their family and heritage.

"Cantonese is the greatest tool through which I’ve been able to connect with my family. Growing up, I was not close with my grandparents because of the language barrier that existed between us," wrote a Senior at Stanford. "Learning Cantonese at Stanford was a key skill that built my confidence when speaking with my family; it allowed me to express myself to my loved ones."

Many others are future medical workers, social workers, and firefighters, hoping to learn the language to better serve the community.

Angela, a paramedic-in-training, recalled picking up a Cantonese-speaking patient from the hospital and asking them if they were in pain with broken Cantonese.

"It wasn't much, but it was enough to give them some comfort for the ambulance ride," wrote Angela, a student who attended Cantonese lessons at City College of San Francisco, "I was so thankful that I was able to help out in this way, even if it was just a little bit, because of what I learned in Cantonese class." 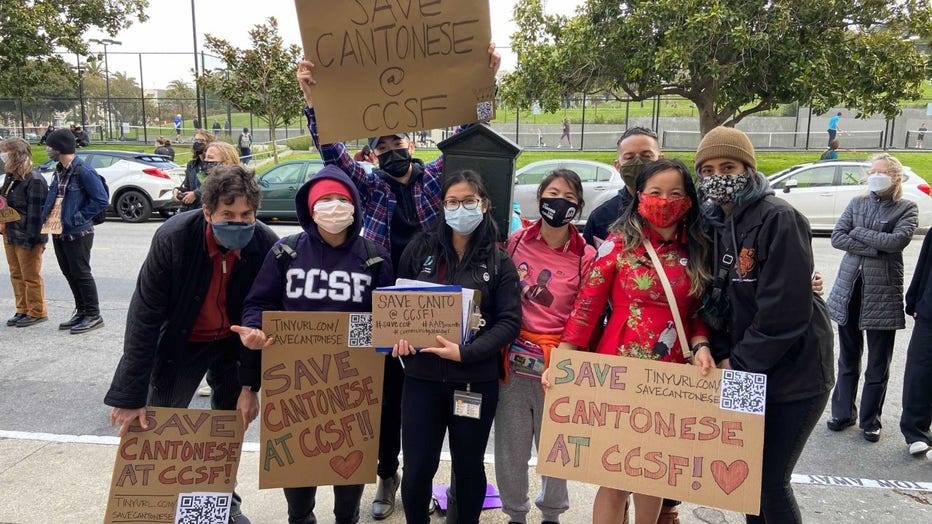 Cantonese courses have been on the chopping block before. In 2015, Valerie Luu, co-author of Chinatown Pretty, led a similar petition to save Cantonese classes at City College. The petition succeeded and Cantonese classes were reinstalled until Spring 2021 when Julia Quon, Lauren Chinn, and others mobilized to save the endangered language classes again.

"How many more petitions do students need to do in order to sustain this program?" said Quon, one of the founders of Save Cantonese at CCSF.

Diana Garcia-Denson, chair of the World Languages and Cultures Department at City College, emailed Quon and explained that the school must prioritize classes that would help students get a certificate or degree, according to Chinn and Quon. There are three different certificate and degree programs for Mandarin, yet none for Cantonese.

At Stanford, the administration ended its contract with Dr. Sik Lee Dennig, the sole lecturer of the Cantonese program since 1997, due to COVID-related budget cuts, said Tam, an alum of the university and co-founder of Save Cantonese at Stanford. Hence, canceling the Cantonese classes altogether.

The plan was never to cancel all Cantonese classes, said Joy Leighton, spokesperson for the Language Center in the School of Humanities and Sciences.

"While many programs have been reduced, none have been eliminated," said Leighton in a statement. Stanford planned to provide two instead of historically four Cantonese classes per quarter.

The classes will be taught by a part-time hourly-wage instructor which is not the long-term solution campaign organizers are hoping for, said Tam.

City College officials have not responded to KTVU's inquiries about the future of the programs.

While Mandarin is the official language in China with over 1.3 billion speakers around the world, according to Statisca, Cantonese is the most common language spoken by the Chinese population in the Bay Area and has deep historical roots in the community.

Cantonese is the language most used by people in Southeastern China, Hong Kong, and Macau. In the Bay Area, 60% of the Chinese-speaking population communicates in Cantonese, San Francisco, Oakland, and Hayward have the largest numbers of Cantonese speakers, according to data collected from 2009-2013 by the U.S. Census Bureau.

In San Francisco, over 75% of the Chinese speakers in the SFUSD use Cantonese as the home language, according to the Chinese Immersion School at De Avila.

Amid the increased hate crimes against Chinese and Asian-Americans in California and the rest of the nation, some see the college courses as a way to improve connections with a group that has been persecuted.

Even learning simple phrases in Cantonese, such as "jóu sàhn" or "néih hóu ma" ("good morning" and "how are you in Cantonese"), is a way for people in the community to build bridges with each other and grow together, said Quon.

Besides it being a commonly used language in the Bay Area, supporters of the Save Cantonese campaigns argued that canceling Cantonese classes posed a risk of erasing an important part of Bay Area culture and history.

"Cantonese to me is one of the sounds of San Francisco which I label my home. To lose that identity would be heartbreaking," wrote Tina Quach in one of the testimonials.

Chinn mentioned that the majority of Chinese immigrants who came to the Bay Area in the early 1900s were Cantonese speaking. She is a fifth-generation Chinese American whose ancestors were one of those early Canton immigrants.

"If you think about American history, especially the history of the American West, none of it would have been possible," added Tam. "So much of what we have in the Bay Area and the American West is only possible because of Chinese immigrants."

Tam also pointed out the unique relationship Stanford University has with Cantonese immigrants. "Leland Stanford, who founded the university, earned his wealth through the transcontinental railroad," said Tam. "He employed thousands of Chinese laborers who came from Guangdong, Canton Province to build the railroad."

The Saving Cantonese campaigns meant more than keeping the classes alive. Campaign organizers like Tam, Quon, and Chinn argued that it is also about valuing and preserving cultural and language diversity, reconnecting to their heritage, and caring for the marginalized.

"If we keep taking all these Cantonese resources away from people, not only are we taking away a language for future generations," said Quon, "We are also leaving behind the elders in our own community who don’t speak English."

To Tam, the Save Cantonese campaigns and anti-Asian/Chinese violence connected when she saw the viral video of an elderly Chinese woman who was assaulted on Market Street in San Francisco. In the video, the woman was crying in Cantonese repeatedly, "kéuih hā ngóh!" (He’s bullying me!).

"This is the connection. There are people out there who are vulnerable and who don’t speak English," said Tam. "But when we teach people the language, we are also elevating the humanity of everyone who speaks it."