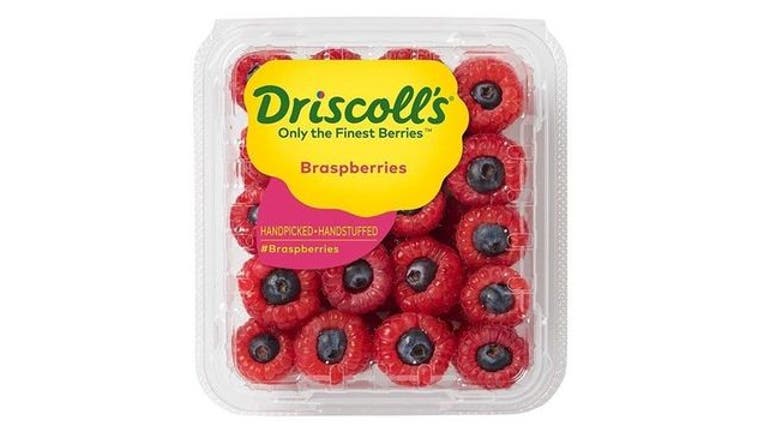 Driscoll's is launching the braspberry based on Justin Timberlake's now-viral video. (Driscoll's)

(FOX NEWS) - Justin Timberlake is adding another skill to his long résumé of talents: fruit creator.

The pop superstar made a video in December 2017, which went viral on Instagram, showing himself shoving a blueberry into a raspberry – a snack Timberlake coined the “braspberry.”

“From a social media perspective, we saw the braspberry craze take off, and it was only logical that Driscoll’s as the berry market leader would innovate the opportunity,” said Frances Dillard, the company’s director of marketing, global brand lead, Food & Wine reported. “Driscoll’s commands 90% market share of raspberries and is the trusted brand for all fresh berries.”