A man was killed after the Chevrolet truck he was driving slammed into a tree in San Jose on Monday morning. This is the 53rd traffic fatality of the year in the South Bay's biggest city.

SAN JOSE, Calif. - The driver of a Chevrolet truck died after colliding with a tree in San Jose on Monday.

Investigators say a 1997 Chevrolet truck was traveling eastbound on Hillsdale Avenue at Jarvis Avenue at 6:18 a.m., when it veered off-road and hit a tree.

Pronounced dead at the scene, the driver was the only one in the vehicle at the time of the crash. 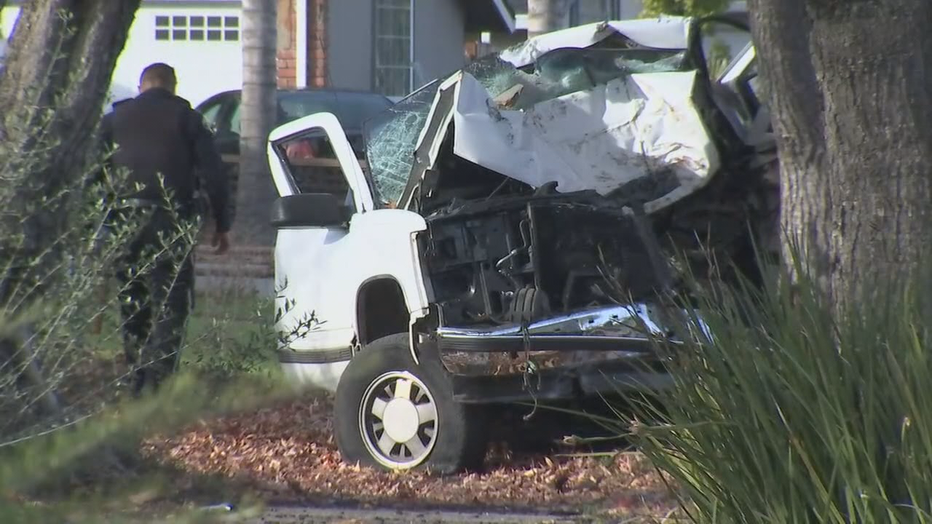 The victim's name will not be released until the family has been notified.

It is unknown what caused the collision and the investigation continues. Anyone with information is urged to contact Detective Aldinger #4183 of the San José Police Department at 408-277-4654.