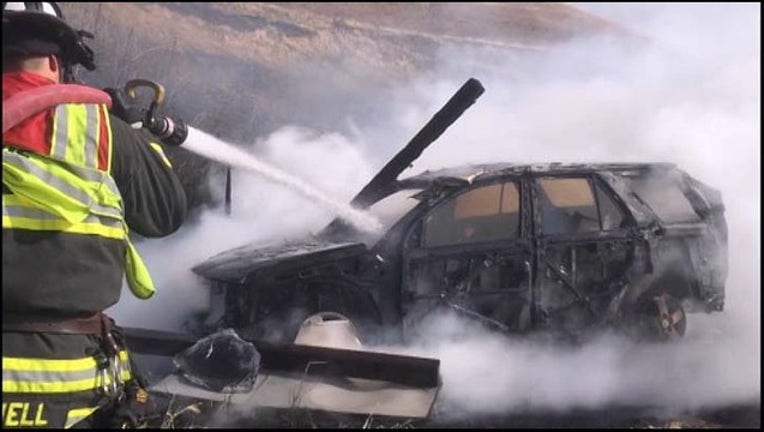 LIVERMORE, Calif. (KTVU) -- A driver was injured early Friday when his SUV burst into flames near the North Flynn exit on westbound Highway 580, according to the California Highway Patrol.

The CHP said it got a 911 call reporting a vehicle on fire just east of the North Flynn exit at about 8:20 a.m.

Arriving officers and firefighters discovered the injured driver, the vehicle on fire and about five acres of brush ablaze.

The driver was treated for undisclosed injuries and taken to John Muir Hospital for treatment. The brush fire was quickly extinguished.