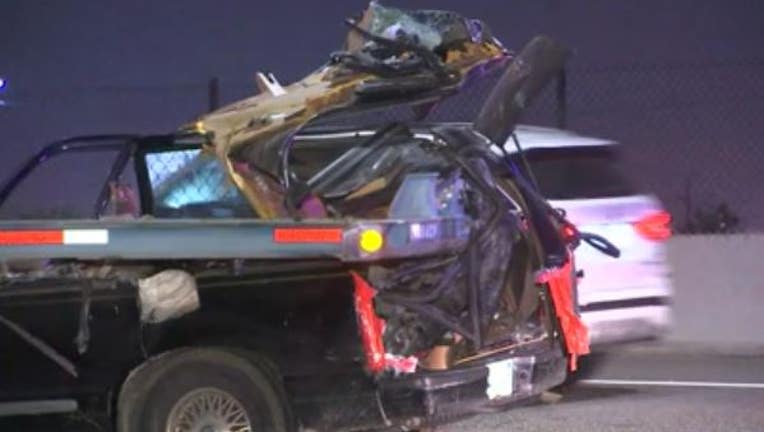 OAKLAND, Calif. - A man was killed early Monday morning in a crash involving a parked trailer in Oakland, according to police.

The deadly crash happened on Frontage Road near 10th Street, just before 2 a.m.

Investigators said the victim's Ford Explorer collided with a trailer that was parked in the center divider of Frontage Road.

The driver, a 50-year-old man of Oakland, was the only occupant in the vehicle.

It remains unclear why the trailer was parked in the center divider.