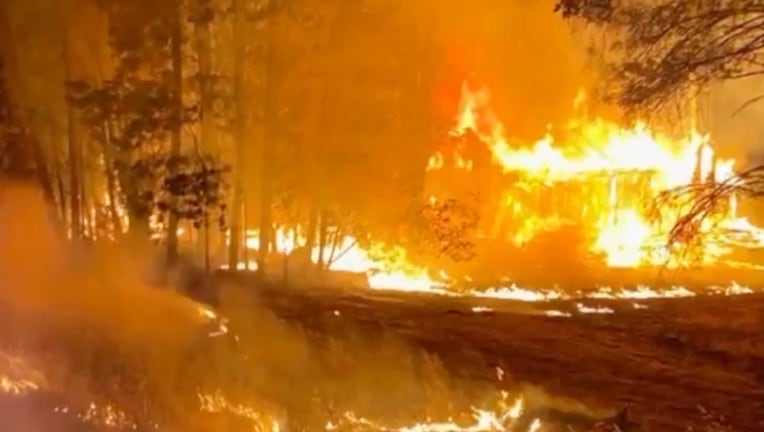 The fire was reported shortly before 1 a.m. at a house in the 2100 block of Cabondale Circle, according to the Alameda County Fire Department.

Nobody was home at the time of the fire and no injuries were reported in the blaze, said Jo Leal, spokesperson for the fire department.

The house and a large shed that burned are deemed uninhabitable, fire officials said. The one-alarm blaze also burned an acre of brush.

The home is located in a development off Croak Road near the Doolan Canyon Regional Preserve.

Alameda County and the Livermore-Pleasanton Fire District firefighters responded to the blaze and monitored it for several hours to check on hot spots.

The cause of the fire is under investigation, Leal said.